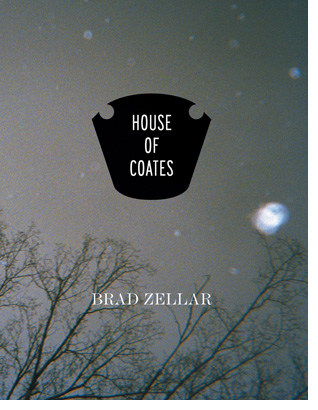 We are excited to announce the trade paperback edition of House of Coates by Coffee House.

Saturday, October 25th, 3pm at the Walker Art Center: A conversation/signing with Zellar and Soth.

“[An] interesting, well-executed book. Ultimately, it’s less a narrative about Lester than it is a prose poem about loners and losers, the many Lesters who “never entirely disappear as adults, even if you still persist in not seeing them.”–Publishers Weekly

“[A] poetic attempt not to fully form a life but only to capture moments of memory and objects of counterintuitive beauty. . . The prose is crisp and thoughtful and well-matched to the photos that show the side of America to which even most Americans never give a second thought..Snapshots taken by one of the world’s beautiful losers.” –Kirkus

“A kind of case study of human drift.” Star Tribune

“This collaboration between writer Brad Zellar and photographer Alec Soth…captures in 133 pages the essence of those who live on the edges of society.” Pioneer Press

“One of the great American moves is vagrancy, the freedom to drift, the right to look at things from outside the mainstream. The prose in House of Coates hums with this irreducible freedom. The photographs are both perfectly artless and undeniably visionary. Any question of fiction, non-fiction, subterfuge, or narrative trickery is superfluous in a book like this one, so appealingly strange, so delicately balanced, and so incontestably bound to its time and place.”—Teju Cole, author of Open City