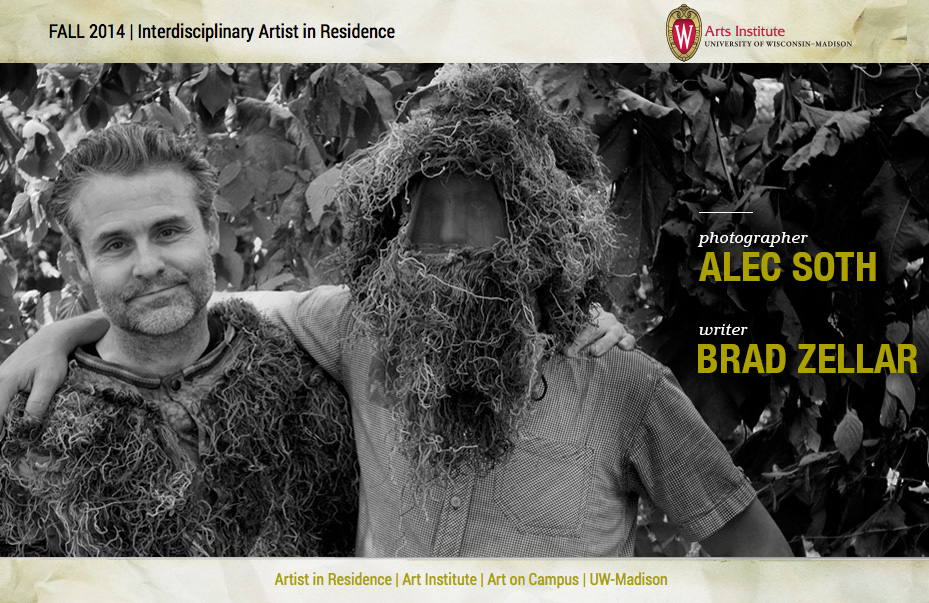 This Fall, Brad Zellar and I are artists in residence at the University of Wisconsin – Madison. Along with co-teaching a course entitled Truth, Lies, Memory, and Imagination: The Photograph as Story, we’ll be hosting a number of public events:

Thanks to Tyler Stefanich and Mallory Heyer for whipping together the new website. We’re especially happy to have the blog and store under one roof. If you have any questions or bug reports, please contact: orders@littlebrownmushroom.com

I recently read a wonderful interview with Tobias Wolff from which I posted a couple of quotes on the LBM Tumblr. My favorite was this one:

We live by stories. It’s the principle by which we organize our experience and thus derive our sense of who we are. We’re in an unceasing flow of time and events and people, and to make sense of what goes past, we put a beginning and an end to a certain thing, and we leave things out and we heighten other things, and in that way we break the unbroken flow into stories, because that’s the only way we can give it significance.”

With that in mind, I want to tell a few stories about my friend Brad Zellar. 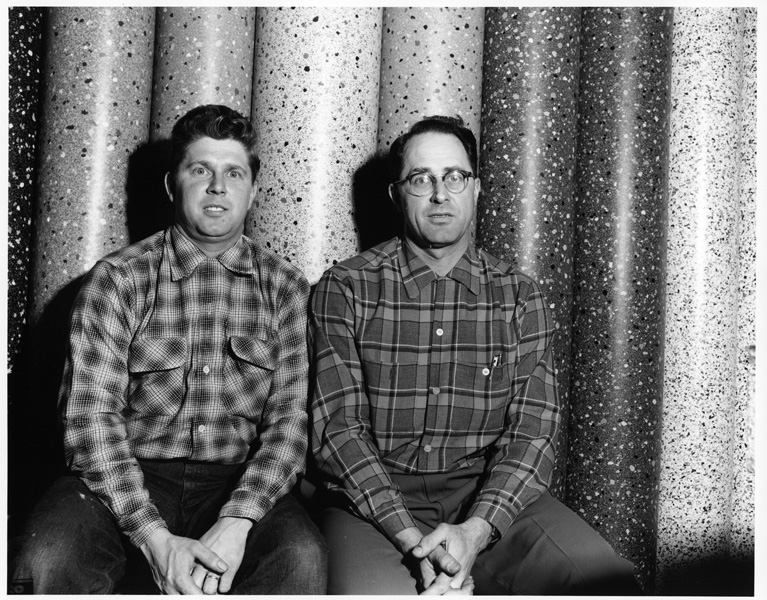 ONE) While hunting around in the basement of a suburban historical society, Brad discovered a treasure trove of photographs by someone named Irwin Norling. In a 2003 feature on Norling in City Pages, Brad wrote “I wasn’t more than a couple hundred photographs into the bottom drawer of the file cabinet and I knew that I was looking at an astonishing record of life in one American community. I spent much of the afternoon wading through those files, incredulous. What the hell was this? Who was this guy? And, a more pressing thought: What had I gotten myself into.” Five years later Brad published a book on Norling called Suburban World. This is my favorite story:

By the time the family moved into a new house in Bloomington in 1953 Irwin had a police radio that he never turned off. “I was going out to shoot photos at all hours of the day and night,” he remembered. “And all this time I was working eight hours at Honeywell, plus overtime.” As Norling’s pastime made greater demands on his time, it became a family affair. “When that police scanner went off, it didn’t matter what time of night it was,” Dave Norling said. “In a matter of minutes all of us were up and dressed and in the car.” There were occasions when the family would beat the police to an accident scene, which was, Pat said, considered somewhat bad form.

TWO) Up until that point I’d never met Brad, but I was asked to write an introduction to Suburban World wherein I told the following story:

My first job as a photographer was with a suburban newspaper on the eastern margin of the Twin Cities. Like most small-newspaper photographers, the job required me to be a generalist. I photographed baseball games and small-business owners, parades and potlucks. Most of my time was spent in the mushrooming suburb of Woodbury. Almost every week I had to attend a ribbon cutting for another new health club or minimall. I dreaded these assignments. The lineup always looked the same: a banker, a mayor, a pair of giant scissors (or a silver shovel), and a dozen other guys in in ties – an insult to my photographic artistry! Each year we submitted our best photographs for a national small-newspaper award. I would ransack my proof sheets looking for a gem, and I remember being particularly proud of a picture of a shilhouetted cross-country skier. But this photo, along with all of my other submissions, never even took third place.  One year our elderly sports writer was driving home from a basketball game when he stumbled upon a peculiar automobile accident. Using his Kodak Instamatic, he snapped a picture of a car suspended in a tree. Though he didn’t know the first thing about F-stops and art history, the old guy managed to win the newspaper associations’s coveted award for spot news. The “real” photographers were sick with envy.  That was when I leaned that most great pictures are not about artistry. If I’d been the one to photograph the car in the tree, I’d have won the award. The genius is not in technique; it is in being present.

THREE) Trolling online in 2010, I stumbled across some pictures that a Japanese traffic inspector had made while visiting the US in the early 70’s. I asked Brad Zellar if he wanted to investigate and/or invent the story behind the pictures. In the end, he created one of the most beautiful and mysterious book projects I’ve ever seen: Conductors of the Moving World: 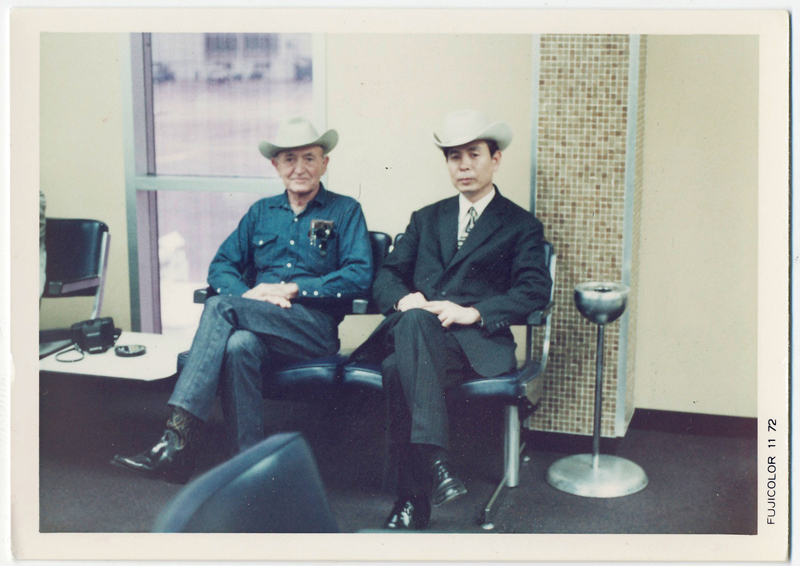 From Conductors of the Moving World by Brad Zellar

FOUR) In 2011 I asked Brad to investigate another character, the ever-reclusive Lester B. Morrison, for our book House of Coates. Brad dug up more information than I could have ever imagined about Lester. He was able to get access, I think, because Brad’s no stranger to the reclusive mindset. “I’ve had times where as a grown man I have run away. An eight-month stretch a couple of years ago in Vermont,” Brad told Minnesota Public Radio, “Just me and my dog.”

FIVE) On my last birthday, December 30th, I called Brad and asked him if he’d give me a gift. I was tired of the runaway fantasy and wanted to experience community life. I asked Brad if he’d join me on a newspaper story. We could be like Irwin Norling and his family, I said – I’d be the photographer; he’d be the reporter. Brad and I followed up on a story in the local paper about a cat that had been living for three months on a small patch of land between two interstates. On Christmas Day, the cat was rescued by a Woodbury policeman named Adam Sack. The Humane Society renamed the cat Adam in Sack’s honor and put him up for adoption. After photographing the notably skittish caged animal at the Humane Society, Brad and I drove out to the freeway interchange where Adam had been living. The small triangle of land happened to have both a deer carcass and a pipe with unfrozen water. It turns out Adam had been plucked out of Eden.

SIX) Brad and I started regularly going out on imaginary newspaper assignments. One day we attended a breakfast meeting of the Bloomington Optimist’s Club at the local Double Tree Hotel. After reciting the Pledge of Allegiance, the guest speaker was introduced. An expert in the perils of overpopulation, David Paxton gave the least optimistic presentation in the history of Powerpoint. “If you think driving a Prius is going to do anything good,” he barked at the small audience of mostly elderly Optimists, “well you’re just drinking the Cool-Aid.” 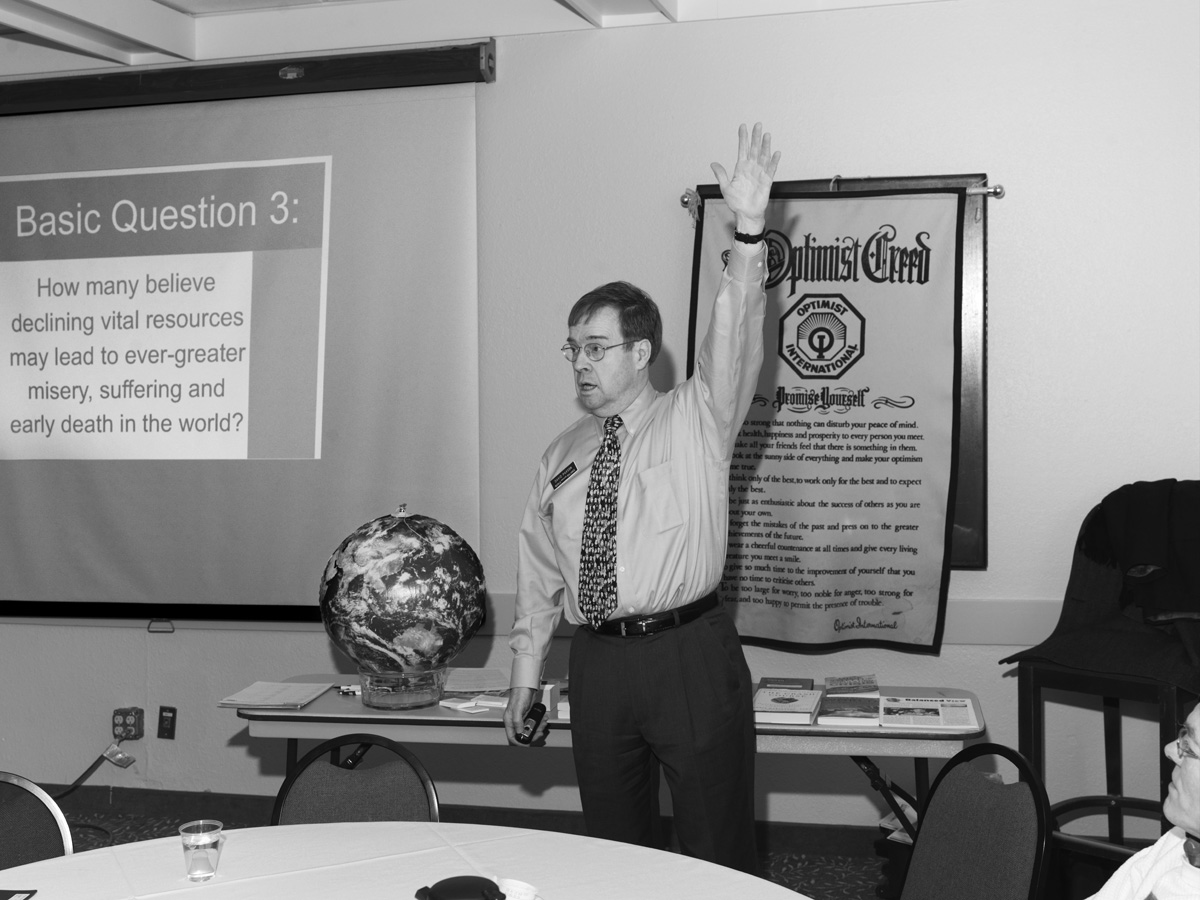 Guest speaker at the Bloomington Optimist Club by Alec Soth

SEVEN) Last May, Brad and I made a road trip to Ohio. We didn’t find any Optimists, but we did visit a Moose Club in Clyde. We were there when they opened the doors at 6:30am. By the time they closed, Brad had been initiated into the club.

EIGHT) Brad recently wrote this on his blog, Your Man For Fun in Rapidan

I write every day, and have written every single day without exception for at least twenty years. My goal every night is 1000 words, and though that sometimes proves impossible, I have held myself to a strict 400-word minimum. Many nights I will write several thousand words. I have filled up hundreds of uniform, lined, black journals.” 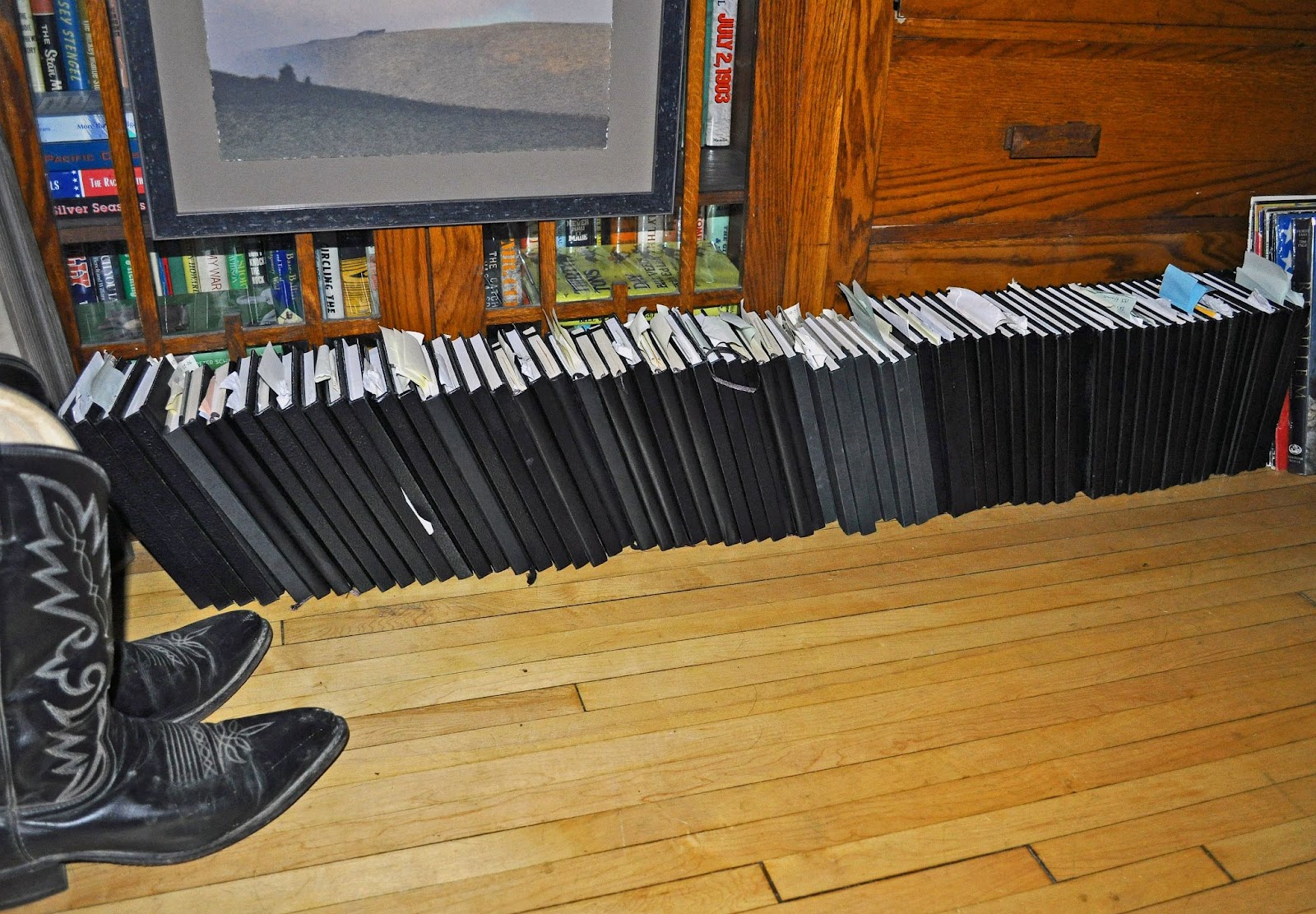 NINE) My hope is to keep working with Brad for as long as I can. A week from today he and I are hitting the road to find some stories in upstate New York. Soon after we’ll publish another newspaper. In the meantime, you can read Brad’s stories on his blog or buy his books at the LBM store.