I recently read a blog post, “The Decade the Internet Lost its Joy,” in which the author states:

Every generation is too easily fleeced by the nostalgia of the Good Internet of yesteryear. But if every new moment of the internet feels like the worst one, it’s because it is.

But here’s the thing, the old internet still exists. That ancient term, “The Information Superhighway,” is still a useful metaphor. Now more than ever the Internet looks like an American freeway with its fast food, billboards and road rage. But if you just get off the Interstate and drive for a few minutes, it isn’t long before you discover country roads, unusual cuisine and unexpected kindness. That’s what I’m hoping to share with you in this back-road newsletter.

Fortunately, I’m not alone at the wheel. Joining me in this first newsletter is the writer Rebecca Bengal with her column Cosmic Fishing, the advice columnist Lester B. Morrison, and studio team at the LBM Lunch Table. We hope you enjoy the ride…

I showed this found photo at a recent lecture at the Minneapolis Institute of Arts. I was discussing the delicate balance between image and text. Perhaps one way to find this balance is to imagine writing on the back of a family snapshot. The faint words written on the reverse side of this photo don’t detract from its mystery:  “Caddie’s letter – I wonder what is in it.”

While I’ve never been a great letter writer, I like epistolary literature. A recent find was a series of poetic exchanges between Ada Limón and Natalie Diaz entitled “Envelopes of Air.” I like this passage from the poem “Isn’t The Air Also A Body, Moving?”:

I stole the title of this column from Buckminster Fuller. Cosmic Fishing, which is about the writing of Fuller’s Synergetics, was published in 1977 by E.J. Applewhite, a collaborator of Fuller’s. Applewhite also happened to be a former high-ranking CIA agent. I’m not in the CIA, I can assure you. But then again, aren’t all writers secret agents? “I call intuition cosmic fishing,” Fuller said. “You feel a nibble, then you’ve got to hook the fish.”
I thought it was a good title for an idiosyncratic column like this. Bending Fuller’s meaning, you can fish from anywhere.

Like letters. Lately I’ve been drawn to them when they show up in art exhibits, like last year’s wonderful “T.C. Cannon: At the Edge of America,” featuring the Kiowa and Caddo artist, poet, and musician, which culminated in a long run at the National Museum of the American Indian—New York with several letters scattered throughout the galleries and in the catalogue. “How thoughtful of God to provide a life-stream such as art,” Cannon wrote in one. His pop, saturated colors are the still-vivid proof. Cannon was only 31 when he was killed in a car crash in 1978 and his paintings have lived longer than he ever did. His skies are as apt to be pink or purple, marmalade or cloud-spotted deli-mustard yellow as they are cerulean —and so intensely bright that the grandmas, cops, and mystic figures in his paintings are often wearing sunglasses.

T.C. frequently signed his letters Tee Cee. He loved Bob Dylan and Woody Guthrie and the second time I saw the show, the same guard was still tapping his foot to Tee Cee’s song “Mama and Papa Have the Going Home Shiprock Blues Again,” playing on loop in the gallery like a soundtrack for a painting of the same title: a couple coolly smoking on a diner bench, wearing traditional Diné (Navajo) clothing, their faces partially abstracted. Before he was represented alongside Hundertwasser by the Auerbachs, the same Viennese-born New York gallery owners who ran a music publishing house in Nashville that allegedly paid for Elvis Presley’s first pink Cadillac, Cannon was a farmer’s kid in Oklahoma who studied at the Institute of American Indian Arts and then left the Art Institute of San Francisco to enlist in the Vietnam War.

Disillusionment naturally crept into art and onto his personalized letterhead. One textile piece, a graphic, felt rendering of Custer, has a cartoon thought bubbling from his head. “Ugh?” it reads. In a letter from Vietnam, having just survived 300 rounds of mortar and rockets, Tee Cee writes to a friend, “I feel like homemade shit.” In another letter, Cannon wrote that he was “at war with humanity and in love with people.”

Epistolary high-fives from the front lines bear him out. “You gotta be beyond yourself,” T.C. wrote to his friend Kirby Feathers, “out making visions and painting skies and clouds and galaxies and suns and moons and taking into your mind all that goes on in your heart.”

And P.S., because this is about letters, and in that strange still-ending/beginning of a year, it would feel wrong not to mention David Berman, poet, Silver Jew, and consummate letter-and-postcard writer, as the correspondences shared after his death in August remind, approaching what would have been his 53rd birthday on January 4. The opening lines of “The Wild Kindness” from American Water (I wrote a letter to a wildflower/ On a nitrogen afternoon) feel a little bit like a T.C. Cannon painting too.

Dear Lester: I am in the city of Santa Claus in Lapland, working on a visual description of this area. Everything here seems boring and that makes me feel depressed because I need to take pictures of something. As I am spending lots of money in film and traveling here I have the feeling I have to be productive. Do you have any recommendation how to deal with the need of being productive but not being excited by what surrounds you? – Ludwig from Germany

Dear Ludwig: A quick Google search of “Santa Claus Lapland” sent chills down my spine. It looks like a magazine assignment from hell. But you aren’t one of Santa’s elves, you are free! You can do what you want! Use your frustration as motivation. An example:

As a young boy in the 80’s, Tomi Petteri Putaansuu from Lapland struggled in school. His means of escape were horror movies and heavy metal. When Tomi was 18, he merged these interests into a musical identity named Mr. Lordi. He created masks and costumes and gave himself a background story as the bastard son of a troll named Angel who was raped by the “Duke of Demons.”

There are no rules that you have to photograph tourists lining up to see Santa Claus. Nor am I suggesting you need to photograph Mr Lordi. If I were in your shoes, I would try to track down Tomi’s parents. If I found them, I would ask if I could visit his childhood bedroom. I would sit in that room, close my eyes, and imagine all of the possibilities.

Dear Lester: What do I talk about in between songs? I’m a musician and not good at public speaking. – Adelle from Halifax

Dear Adelle: Stage banter is specific to each artist. What works for Mr. Lordi isn’t going to work for Cat Power. You might take comfort that it can’t go worse for you than it did for Cat Power in this 1999 New York Times review:

At one point she asked the crowd, enigmatically, if anyone in the audience had ever felt as if he were walking through a door knowing that a machete was going to fall upon him on the other side. After a silence, she motioned to her band and added, in a trembling voice, ”These guys hate me.” … ”It’s not cool,” she said, berating herself. ”It’s not funny. I’m sorry.” And then she walked off, leaving the crowd in disbelief.

Fear of public speaking is an instinctual fight or flight response activated in the amygdala. So how can we calm down our brains? Recent studies suggest that targeted generosity is one way to decrease amygdala activity. Instead of thinking about how you’ll be perceived, think about your audience. Engage with them. Ask them what you can do for them.

Some good news: Twenty-one years have passed since that Cat Power review and Chan Marshall is still performing. “If you can have kindness in your heart and you can try to love yourself and have purpose,” she recently said, “then you pretty much can survive.”

Do you need advice?
Creative or otherwise.
Email Lester: DearLester@LittleBrownMushroom.com 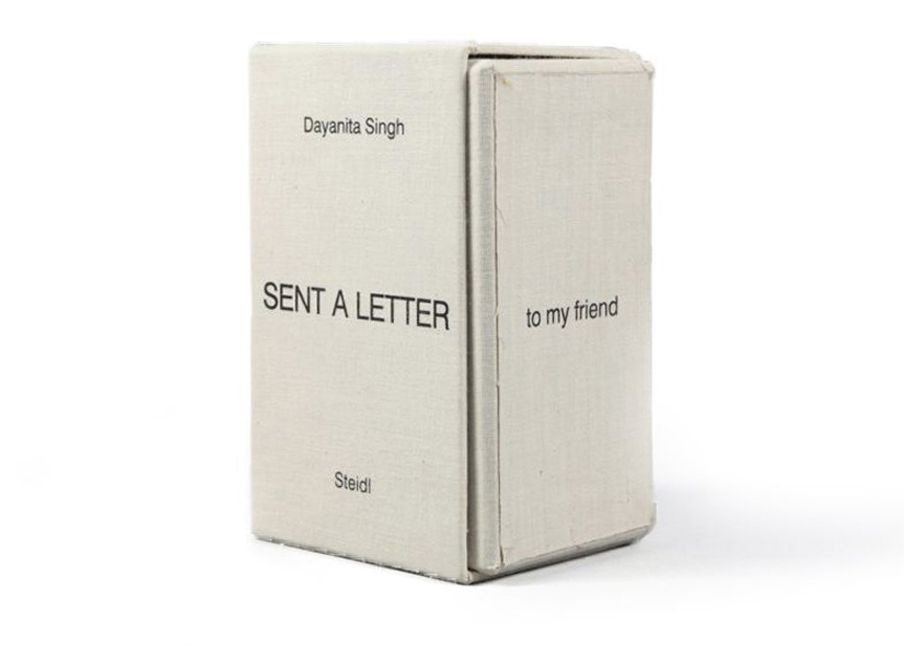 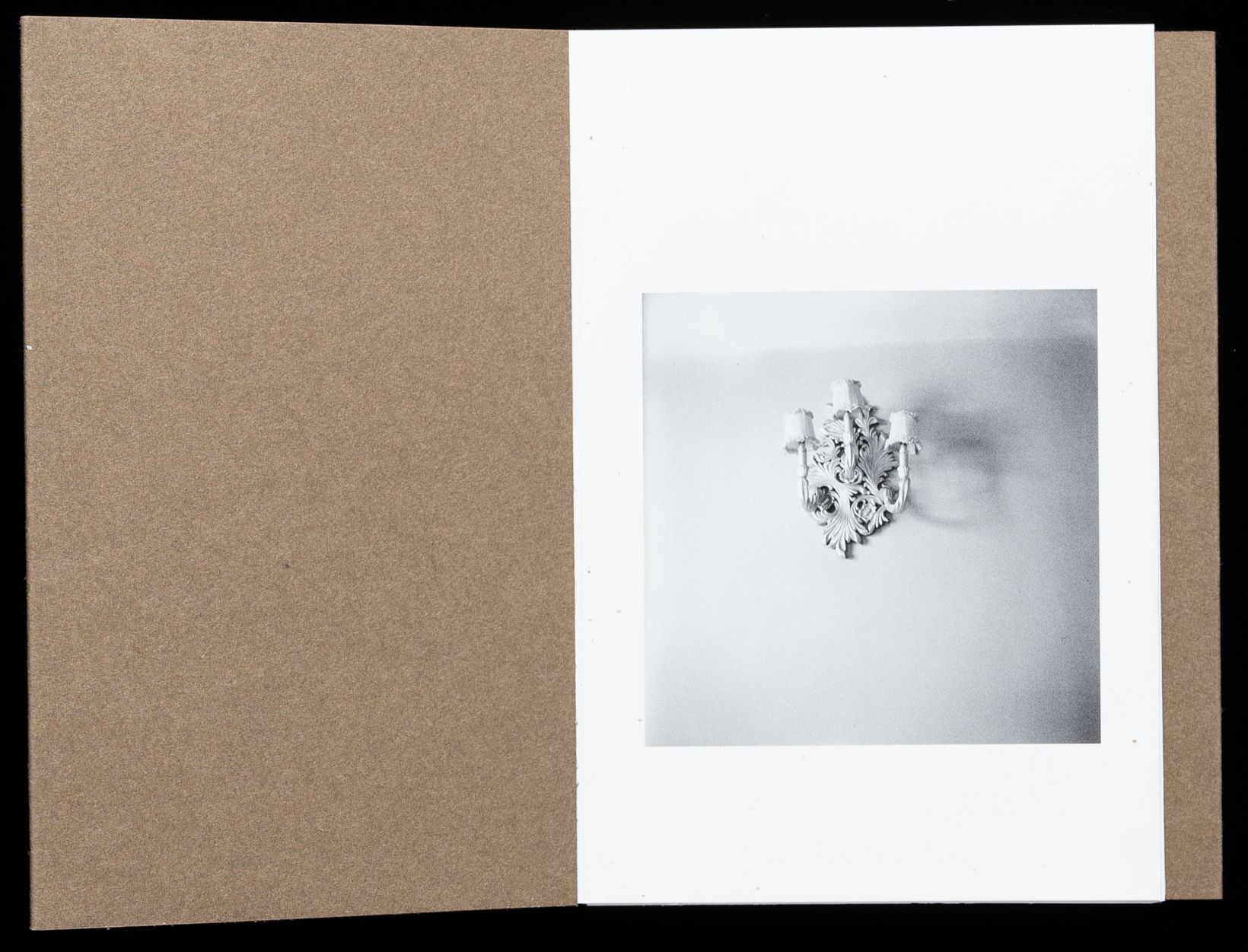 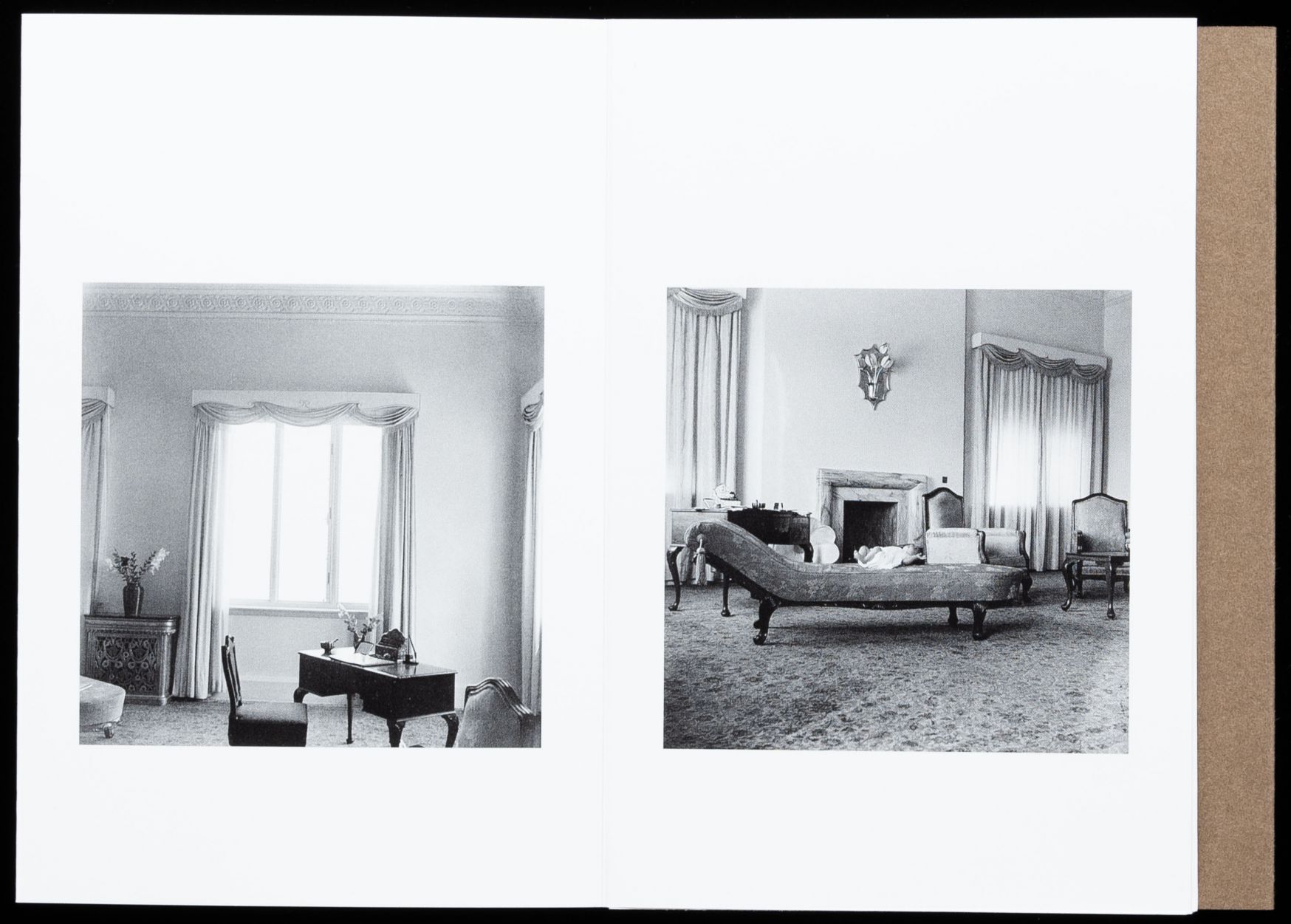 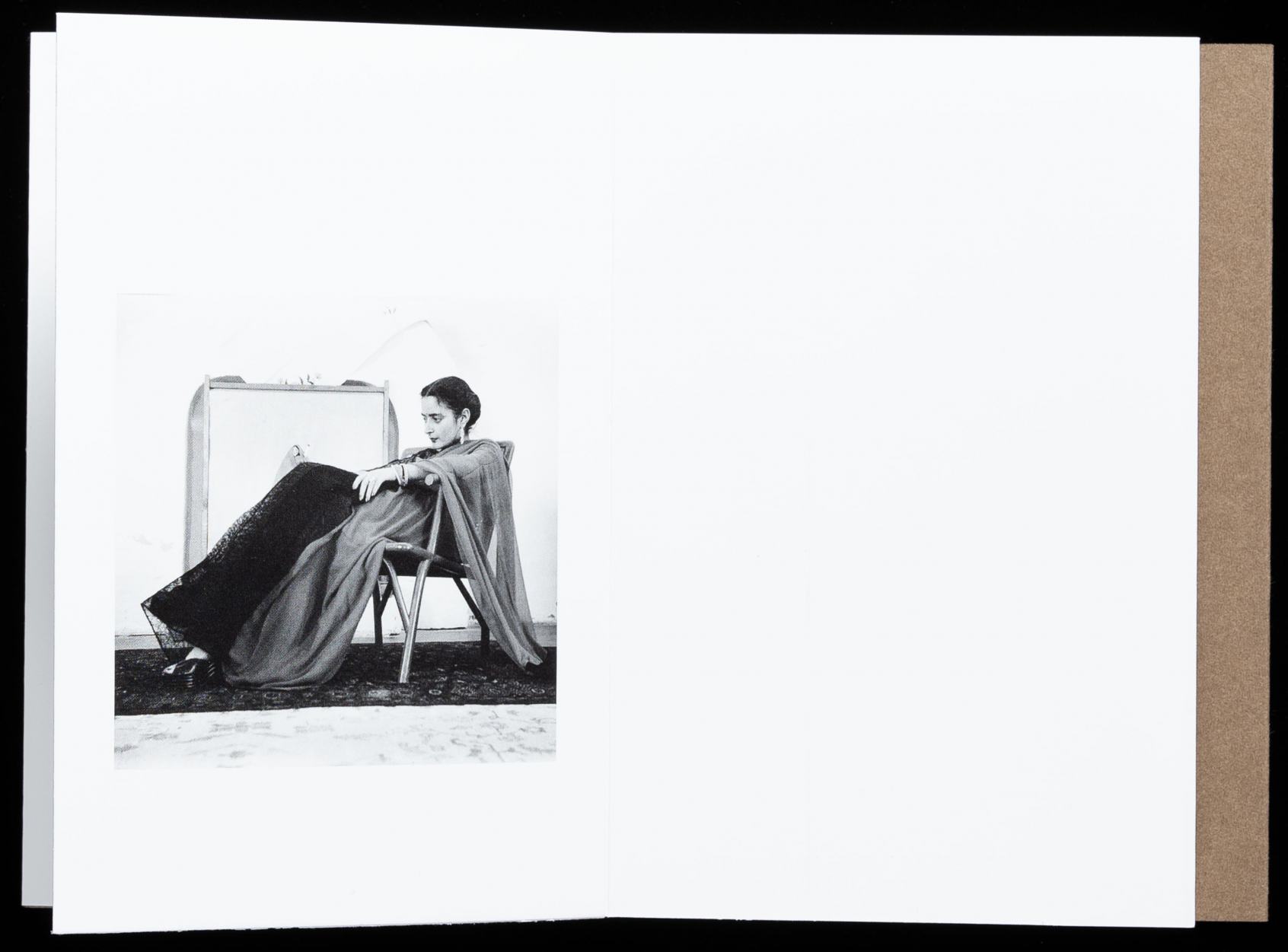 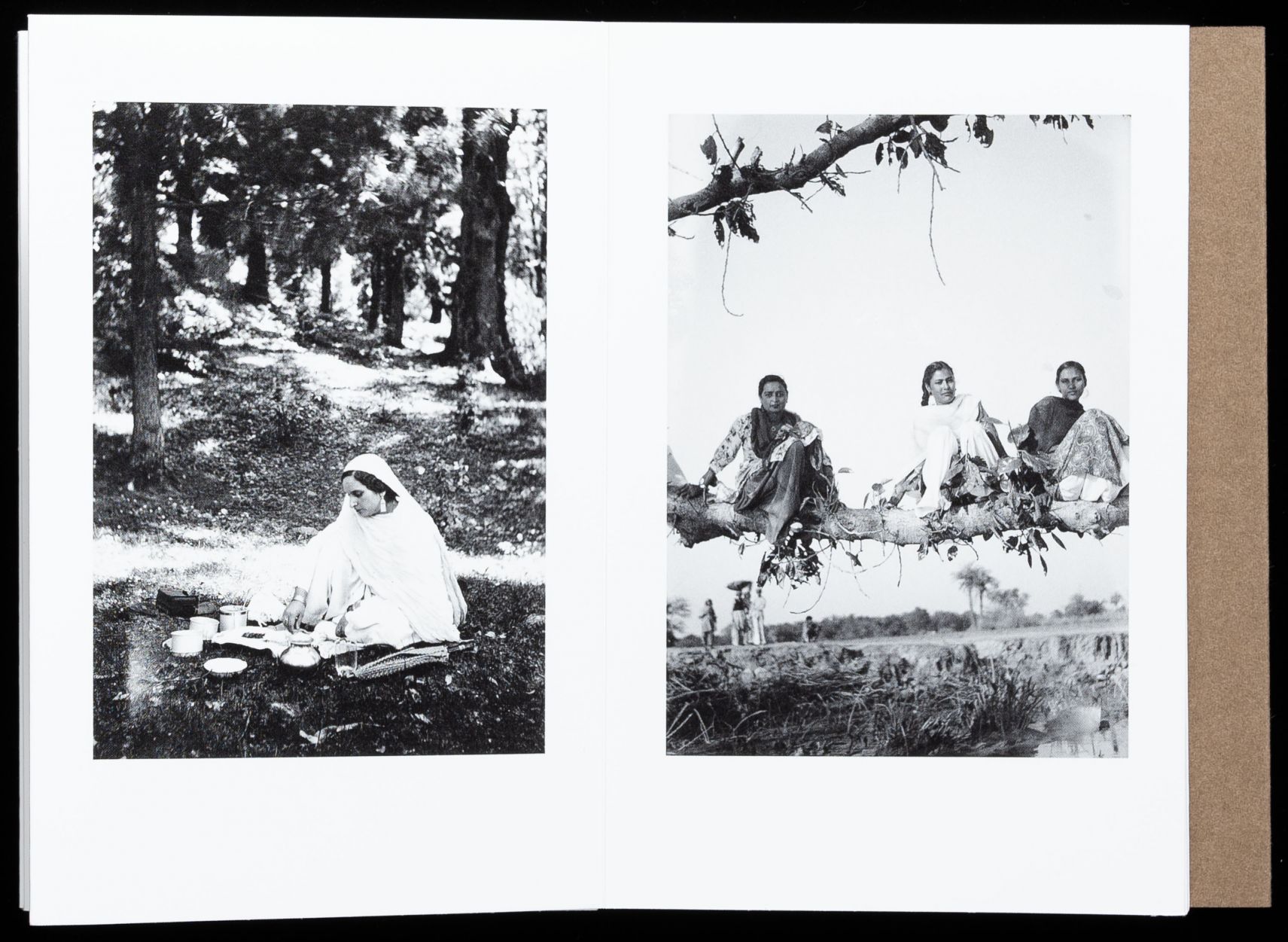 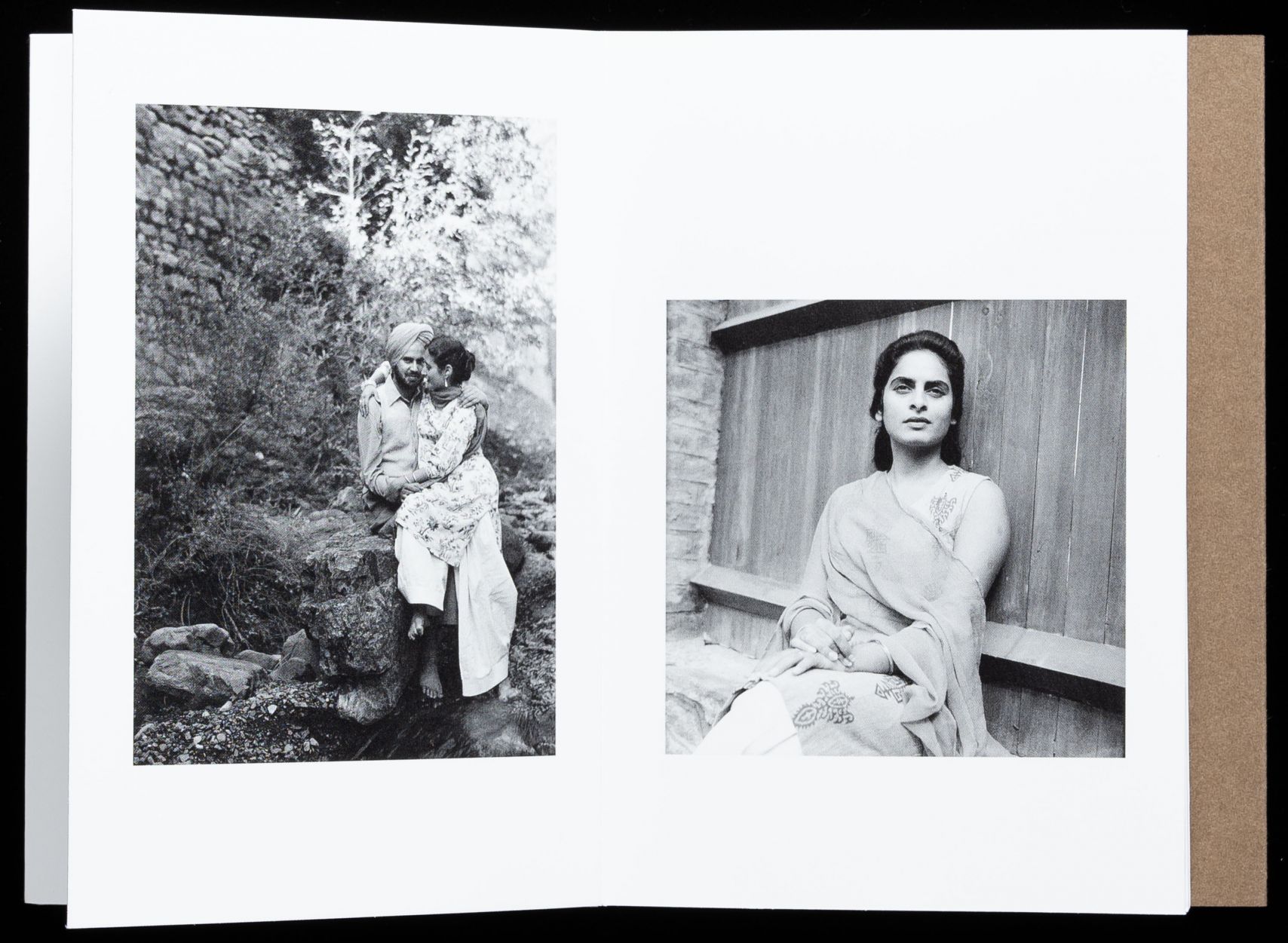 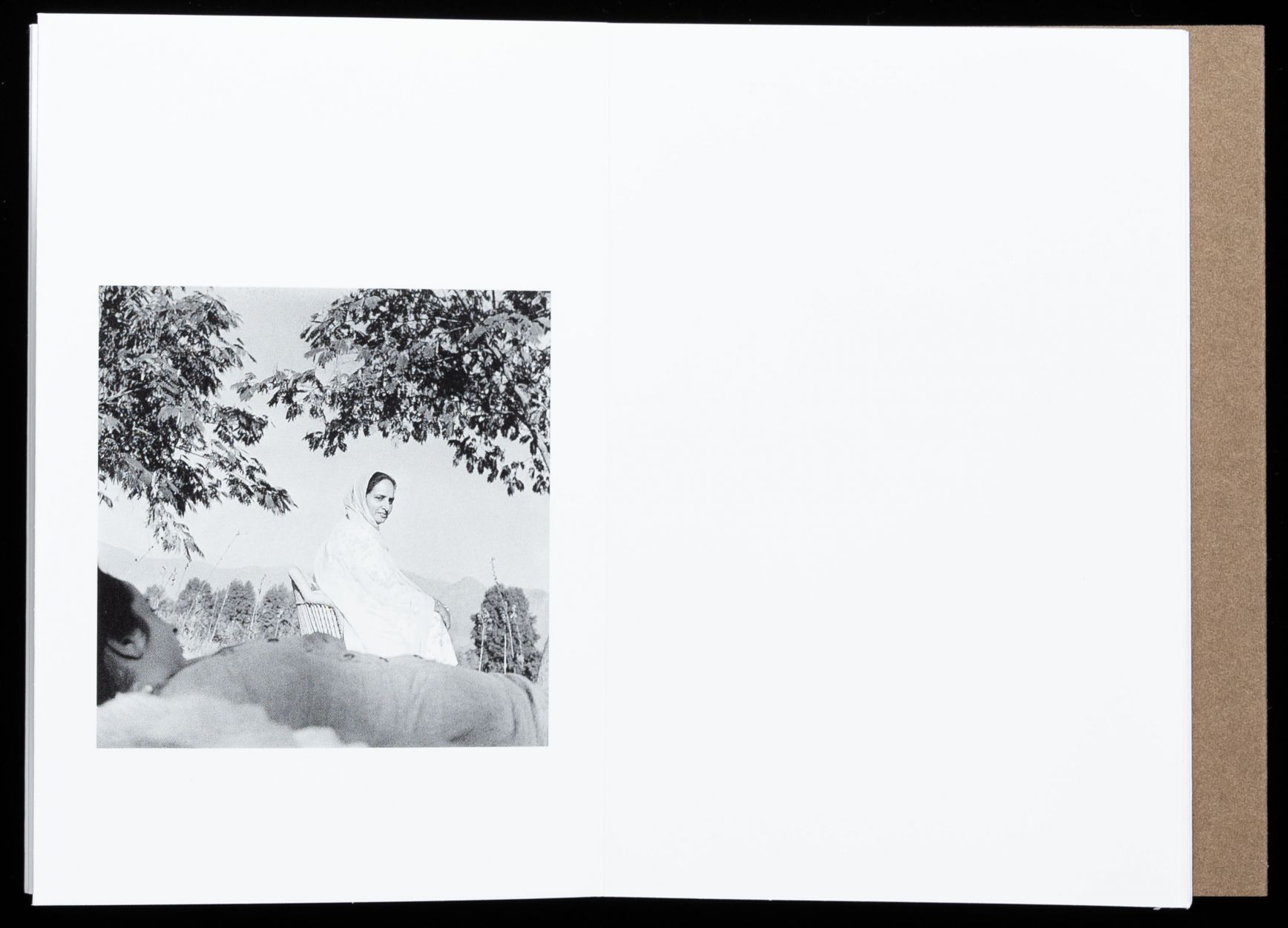 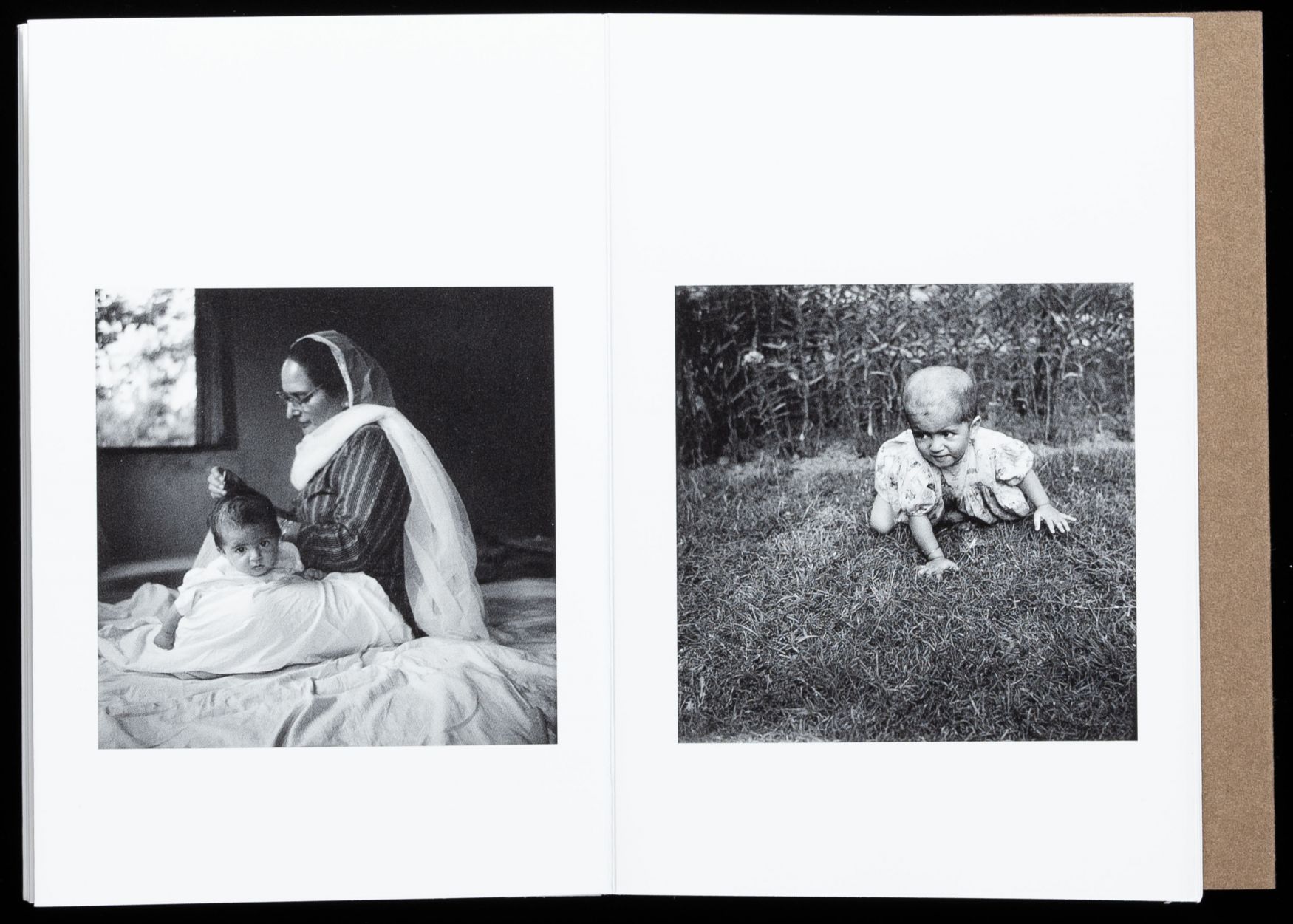 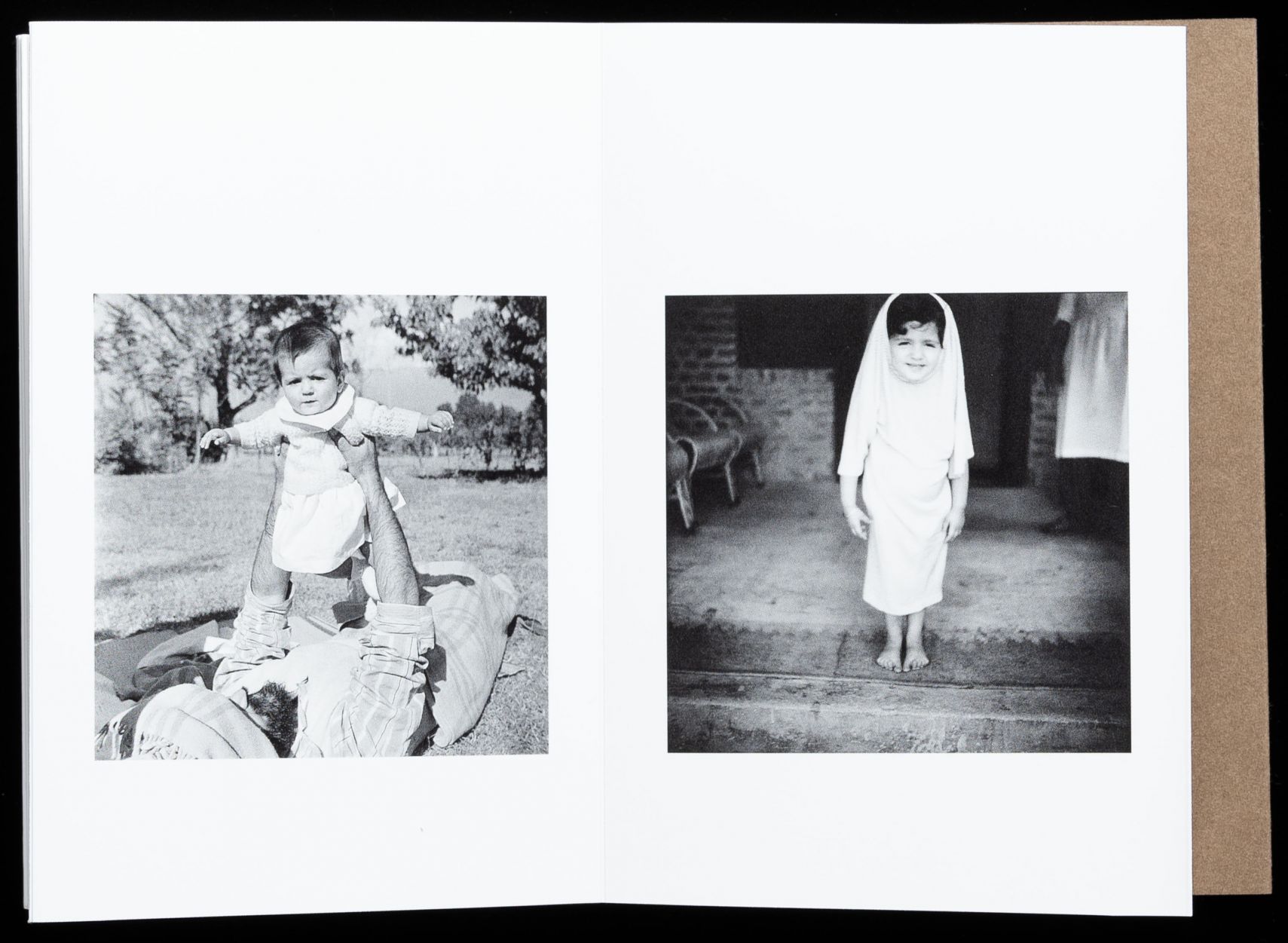 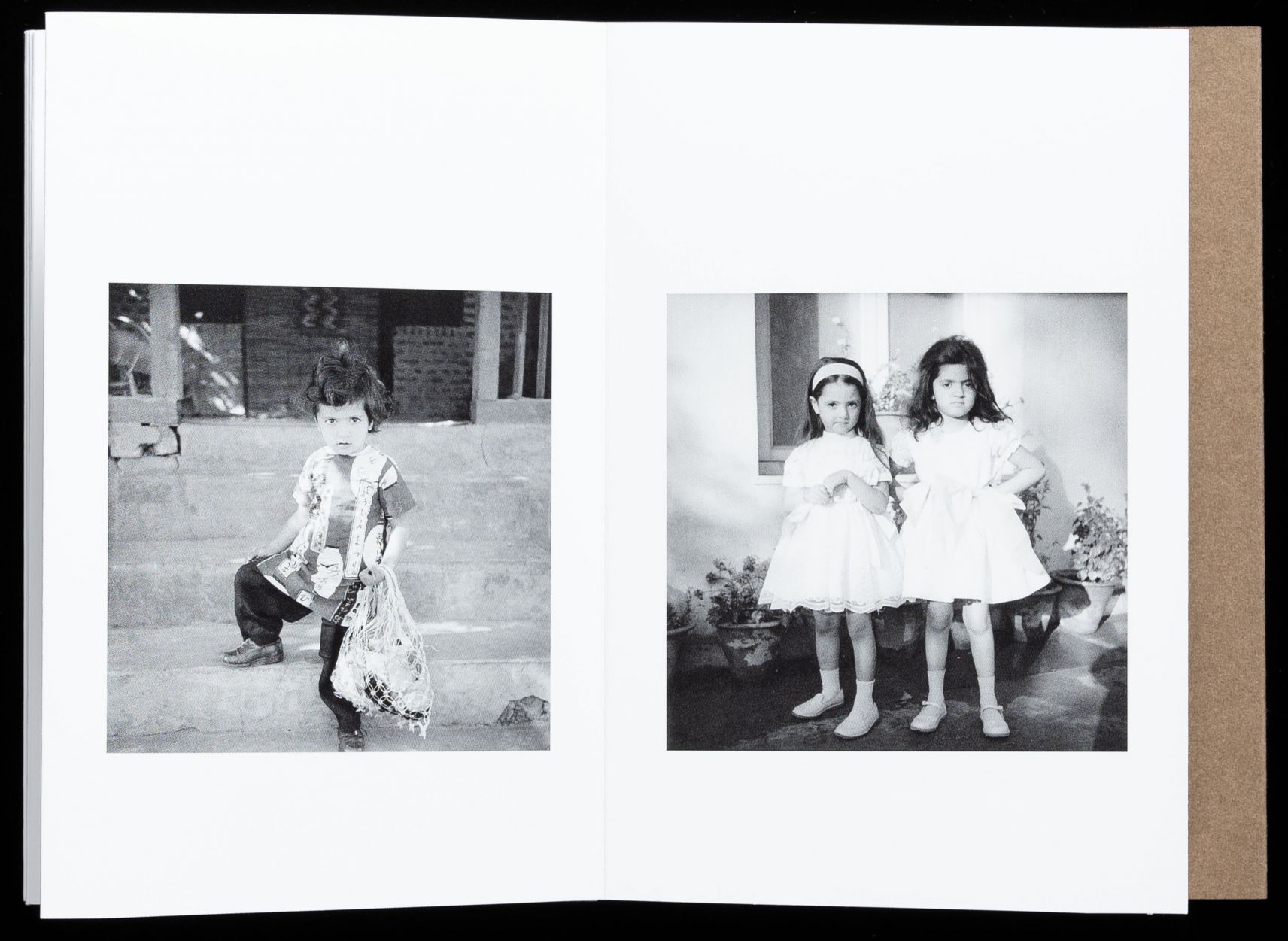 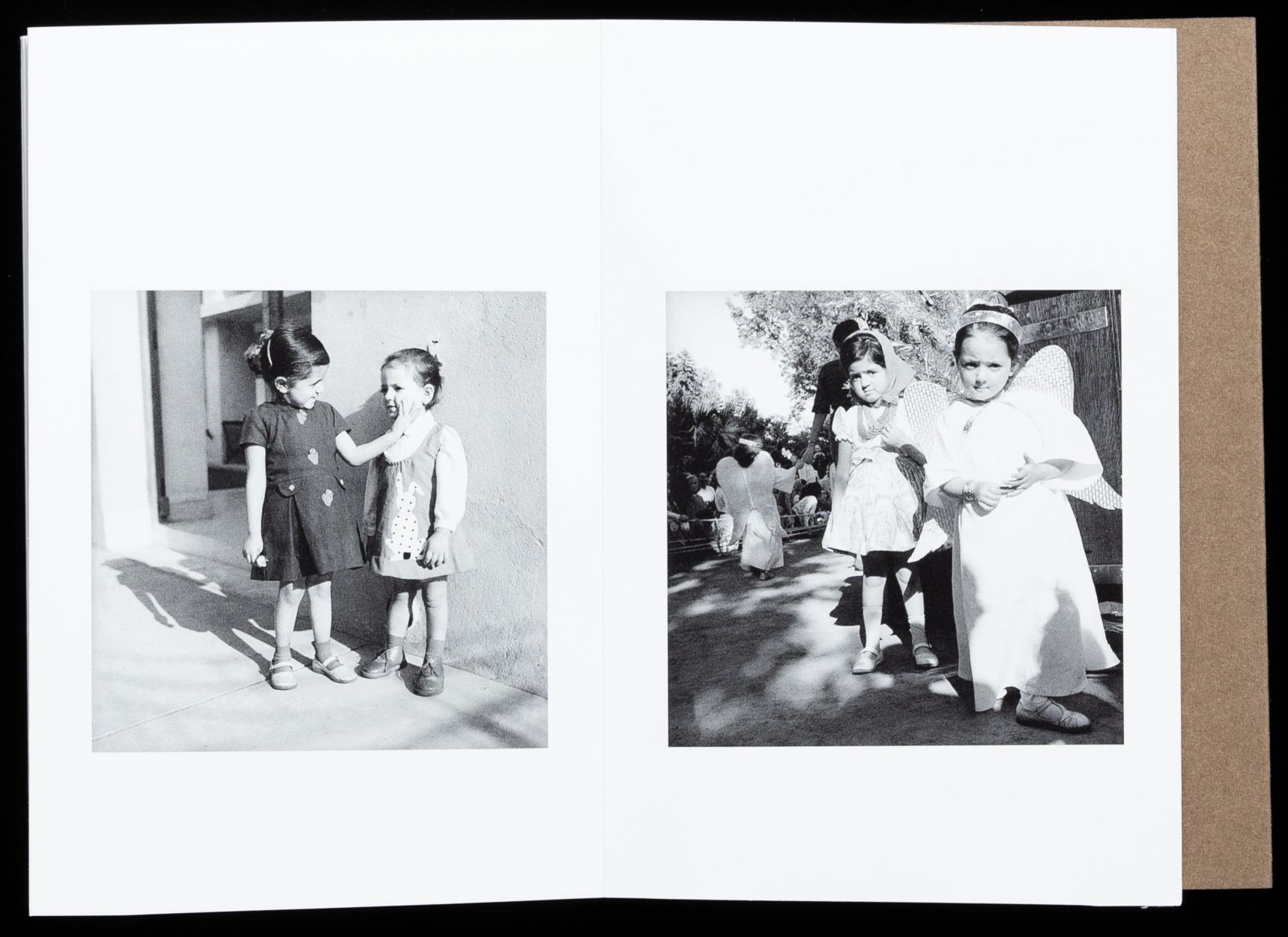 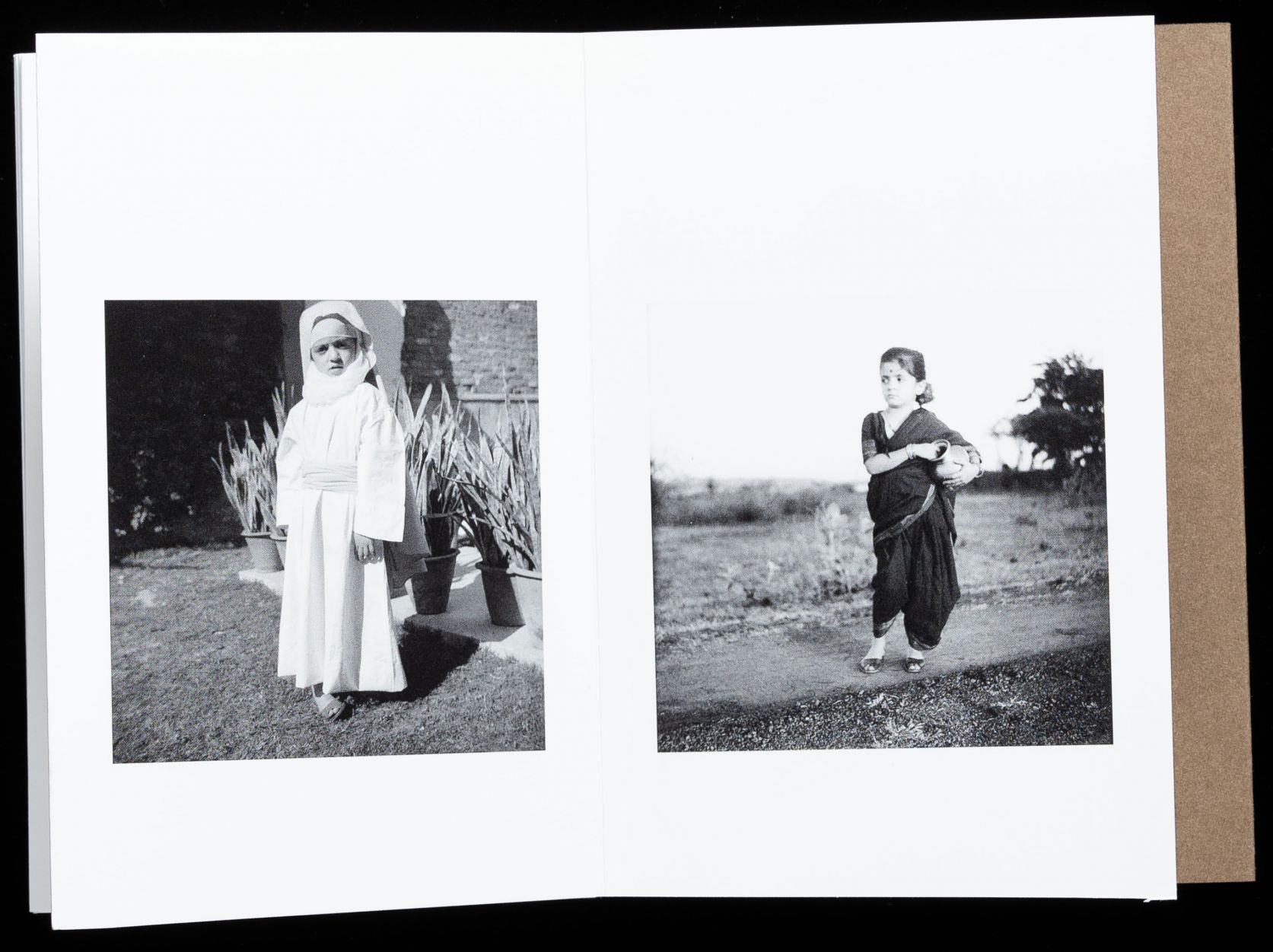 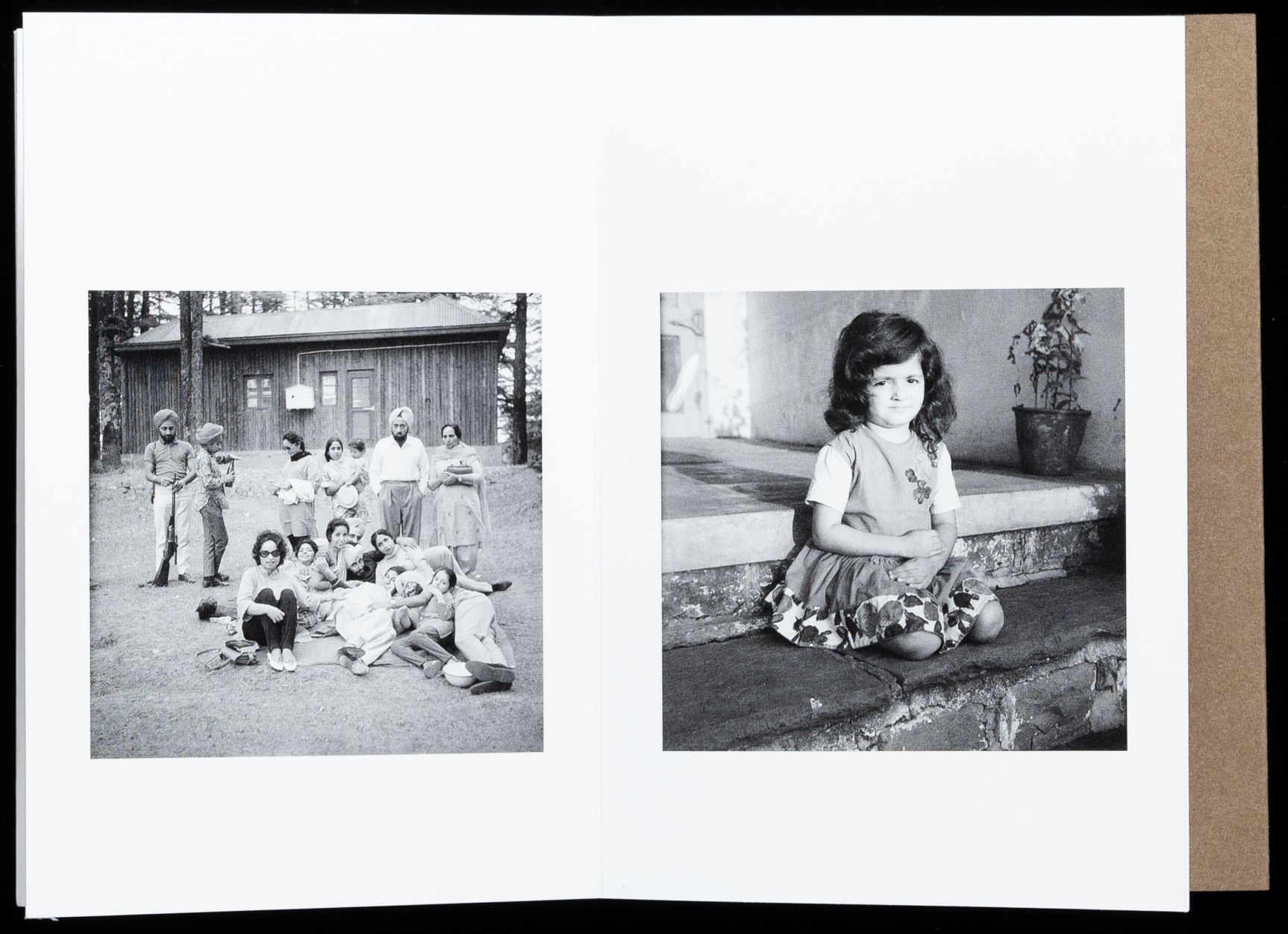 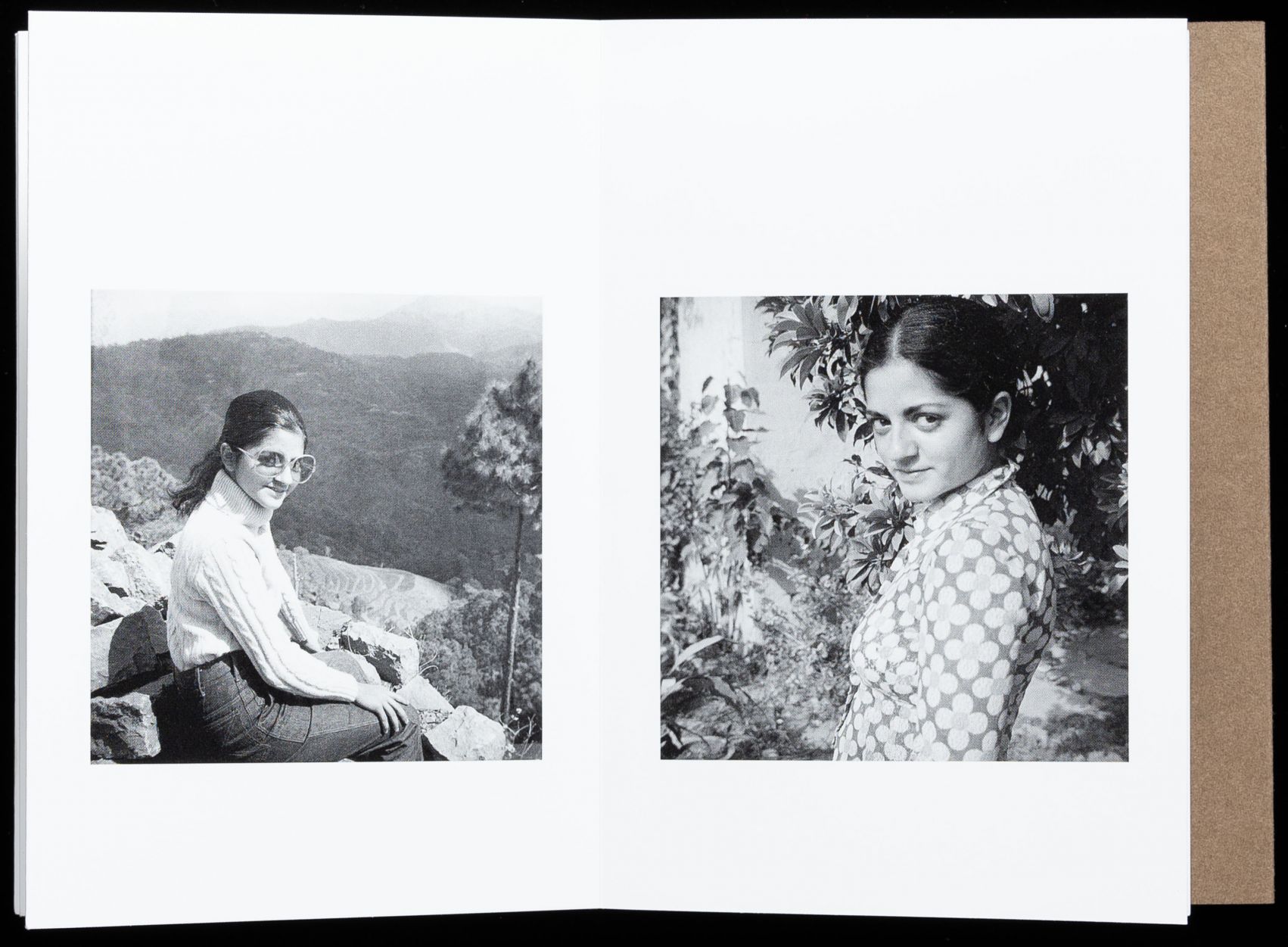 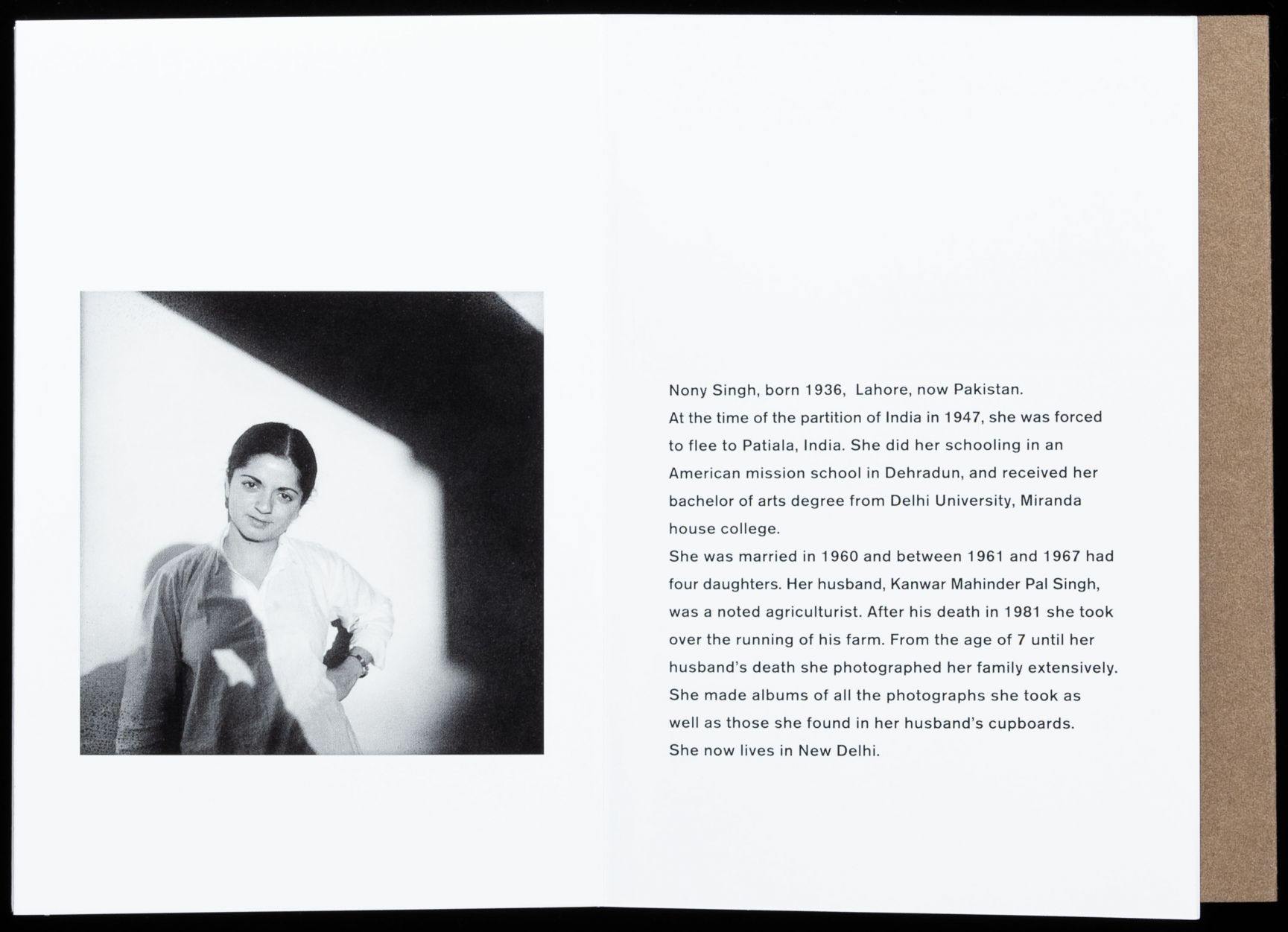 My friend and former studio manager Carrie Elizabeth Thompson once gave me a copy of Dayanita Singh’s slip-cased set of seven small books, Sent A Letter. Six of these books feature different cities in India. The seventh, my favorite, are photographs by Dayanita’s mother, Nony. In a review from 2008, Jeffrey Ladd wrote:

This book works slightly unlike the others in that it could be perceived as not only a letter sent but it could have been a letter received.

Also check out these amazing photos of Nony Singh dressed up in her father’s clothes. 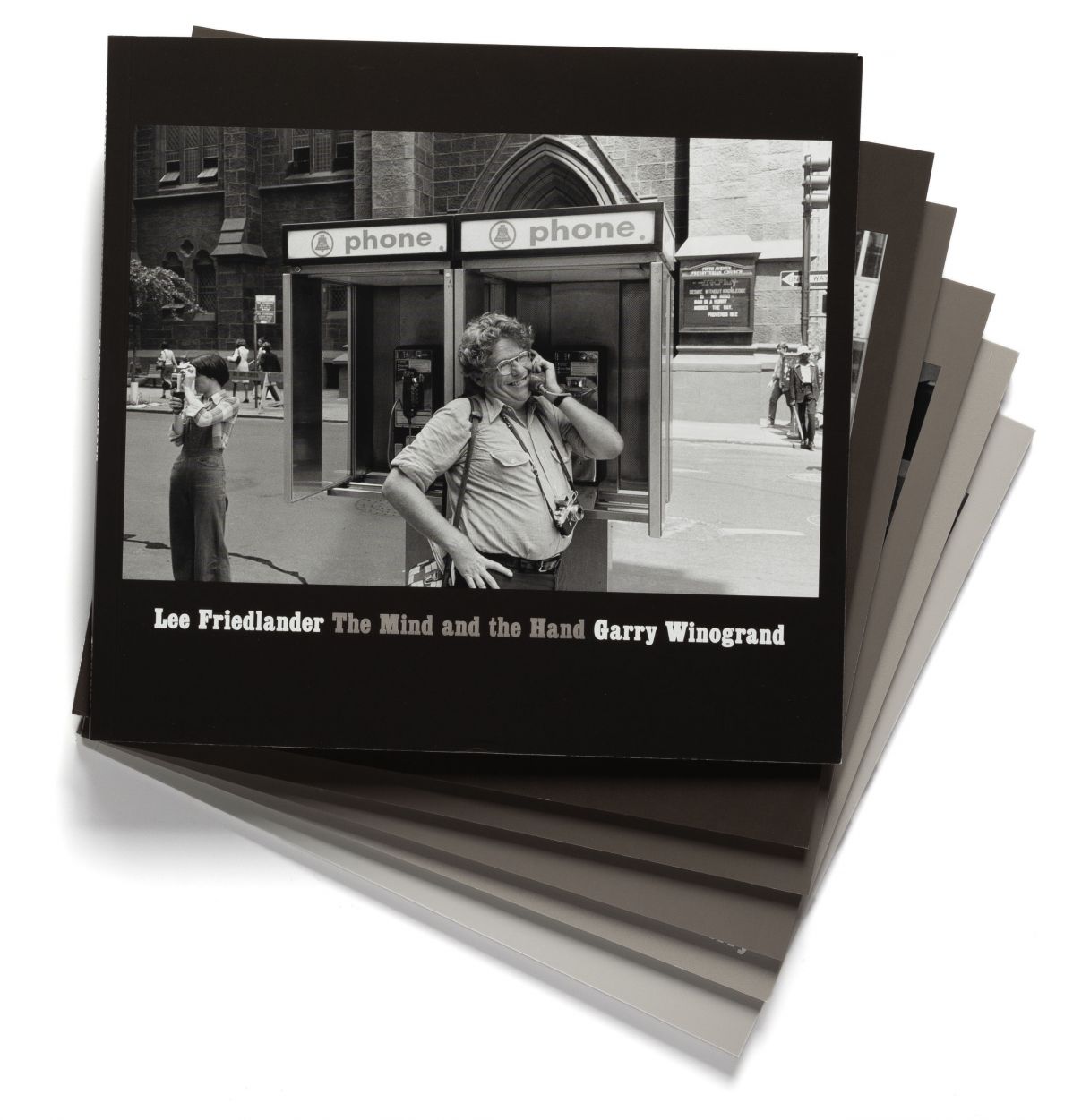 Recently Received: The Mind and the Hand by Lee Friedlander

I love reading Top 10 lists, but I’m increasingly wary of publishing my own. I’m too aware of my own taste and biases. The books I love the most often have some sort of personal connection. That’s the case with the book I chose my favorite for PhotoEye this year. As a middle-aged dad with kids and older parents, Gus Powell’s Family Car Trouble struck a chord.

I didn’t make a Top 10 list this year, but if I did I would have been too embarrassed to list Lee Friedlander’s box set, The Mind And The Hand. Six books of portraits, each dedicated to a white male photographer, isn’t exactly well suited to our cultural moment. My favorite book in the set even highlights Garry Winogrand’s lecherous gaze. But having recently watched the Winogrand documentary All Things Are Photographable, I can’t resist his charisma.

At LBM we have lunch together around a ping pong table. Our banter occasionally inspires good ideas (this newsletter was one of them). After years of mostly talking about Shark Tank, we committed to using a little chunk of this time to discuss whatever culture we’ve recently consumed. We’ll use this place to pass along our reviews.

Ethan: I saw The Last Black Man in San Francisco on Prime. It is a visually striking film about care, change, and home. 10/10

Peter: I attended a hugging retreat with 11 strangers. It was initially bizarre and ultimately amazing. 9/10

Tess: I watched a Japanese Butoh performance on Youtube, The Spirit Was Gone by Antony and the Johnsons. Mesmerizing, intriguing and possibly nightmare inducing, we’ll see. 8/10

Alec: I watched Mike Birbiglia’s new stand-up special on Netflix. There’s a part where he says “I get why dads leave” that is both hysterical and unsettling. 7/10