As this new decade starts I’ve been in a reflective mood. I recently revisited a controversial blog post I wrote in 2011 entitled At What Age Do Photographers Do Their Most Influential Work?. I suggested the answer was most often 25-35. I recently turned 50 and have been reading the later work of William Gass. He wrote this about W.B. Yeats:

Which led me to this poem by Yeats:

Here at the start of 2020 we have fully arrived in the post-Tupac hologram era of people willingly paying a hundred dollars to see holograms of dead musicians performing live, and simultaneously we are now also a whole entire century removed from Thomas Edison’s first attempts to place phone calls to the dead.

By inventing the phonograph in 1877, Edison had already discovered a way to preserve sounds, chiefly the human voice, allegedly the most ghostly and elusive quality of all, the aspect of a person that fades most quickly from memory after they go. Edison hadn’t yet perfected his recordings — the early ones were hand-cranked onto tinfoil, not exactly sealed for eternity, but this didn’t stop Scientific American from declaring of his invention, “Speech has become, as it were, immortal.”

By October 1920 Edison announced he was working on a “spirit phone”— an apparatus that he claimed would give ghosts a more satisfying way to express themselves than via the tilting tables and ouija boards used by Yeats, Abraham Lincoln, and Marie and Pierre Curie and other dabblers in and followers of Spiritualism, the religious movement centered around the possibility of communicating with the afterlife. (The artist Kristen Gallerneaux, a curator at the Henry Ford Museum in Michigan, writes about such attempts and the “black noise” of haunted technology in her book High Static Dead Lines.)

But Edison’s friends in the next world apparently ghosted on him; he died eleven years later, presumably heading into a phoneless afterlife. Lucky. (And yet it makes me want a spirit phone-book, which I imagine might be a little bit like Christian Patterson’s Bottom of the Lake.) The emergence of Spiritualism also happened to coincide with the mid-nineteenth-century origins of photography as the artist Shannon Taggart reminded me last fall when I spoke to her about her book Séance.

Recently the photographer Gabriella Demczuk used a technique from those nineteenth-century early days of photography to illustrate a New York Times story about ghost forests. A phenomenon accelerated by the climate crisis and rising sea levels, ghost forests are impressions of former woods leftover in the landscape after marshes migrate inland. Demczuk’s salt prints appear variously shadowy and scratched and literally watermarked, as if the waves had rushed over them too. In them are haunted-looking stands of spindly trees, bleached and blackened, sinking into marshy soil, and graves destined to turn watery and what scientists nickname “cedar cemeteries” — places where the land has so eroded, that stumps and other visible markers of prehistoric forests are revealed.

I don’t know if anyone is doing field recordings of these particular ghost forests yet but chances are that Jana Winderen, whose interests run from sonic tree memory to the past lives of sand, one day might. Last month in Miami she launched “The Art of Listening: Under Water,” a submarine sound installation made up of nature recordings she’s collected from all over the world, like a calving 10,000-year-old glacier. Check out some of her other albums of field recordings here; I’m currently unseasonably partial to “Spring Bloom in the Marginal Ice Zone”.

Dear Lester:  I have been noticing how difficult it is to make new friends. I’m 45 and living abroad for the past 8 years. And it feels even harder to keep in touch with old friends. As a matter of fact one good old friend of mine has just ghosted me. I have no idea why. No clue. And I wonder, as a victim of ghosting, how should I behave: naturally, knowing that friends come and go, or biblically, trying to understand how someone is able to commit such an act of ghosting? – Paul

Dear Paul: I don’t know how to make friends either. Much of my life has been trying to figure out how to connect with people from a great distance – such as I’m trying to do with you right now.

It’s worth noting that the term ‘ghosting’ first appeared around the time the iPhone was launched. It’s as linked to our device screens as the term ‘road rage’ is to our automobiles. The solution? A proper advice columnist would tell you to take a bus and rub elbows with physical human beings, not ghosts. But if you are like me that’s probably not going to happen. The thing you will need to deal with is your pain and frustration. You could go the biblical route, but I turn to Buddhist poets.

One constantly hungers…and is instead suspended in a perpetual state of unfulfilled desire. This poverty mentality is symbolized by a hungry ghost with a tiny mouth, thin neck and throat, and gigantic belly. This ghost is always hungry and finds it acutely painful to eat with such a miniscule mouth. As hungry ghosts, the more we lust after something, the more elusive—and illusive—it becomes, and the more ravaged and desperate our mentality.

Does the butterfat know it is butterfat, milk know it’s milk? No. Something just goes and something remains…Nobody plans to be a ghost.

Dear Lester: My grandfather’s last words were “Flight of the Wild Duck.” Do you know what he meant? – Mark from Iowa

Dear Mark: I received a number of emails from photographers asking how they can stand out from the crowd. Your email serves as a lesson. Ducks and dying last words are one way to get attention.

This expression comes from a Chinese proverb: “Not the cry, but the flight of the wild duck, leads the flock to fly and follow.” In other words, an artist needs to charge off into new territory and hopefully others will follow. But you already know that, don’t you? For follow you I did to your website where I discovered your project “Flight of the Wild Duck” and a reference to the proverb in your book’s colophon. Am I annoyed by your chicanery? Not whatsoever. I’m charmed because (a) your self-promotion was oblique and entertaining (b) your work is excellent – this is the most important thing.

Dear Murray: Nick Cave is a rock star and I’m a fan. So, yes, his brilliant newsletter is an inspiration. However, I’m profoundly aware of the fact that I am not Nick Cave, nor a rock star. I don’t have any anecdotes about P.J. Harvey breaking up with me because of my heroin addiction. I’m a wallflower without a yarn. Or a little brown mushroom, which Wikipedia describes this way:

“Little brown mushrooms” (or LBMs) refers to a large number of small, dull-coloured species, with few uniquely distinguishing characteristics. As a result, LBMs typically range from difficult to impossible for mushroom hunters to identify.

This boring exterior is a kind of mask. The little brown mushroom might not be a fungal rock star, but its chemistry can sometimes create magic. As Cave sang on his new album Ghosteen, “everyone has a heart and it’s calling for something.”

Do you need advice?
Creative or otherwise.
Email Lester: DearLester@LittleBrownMushroom.com 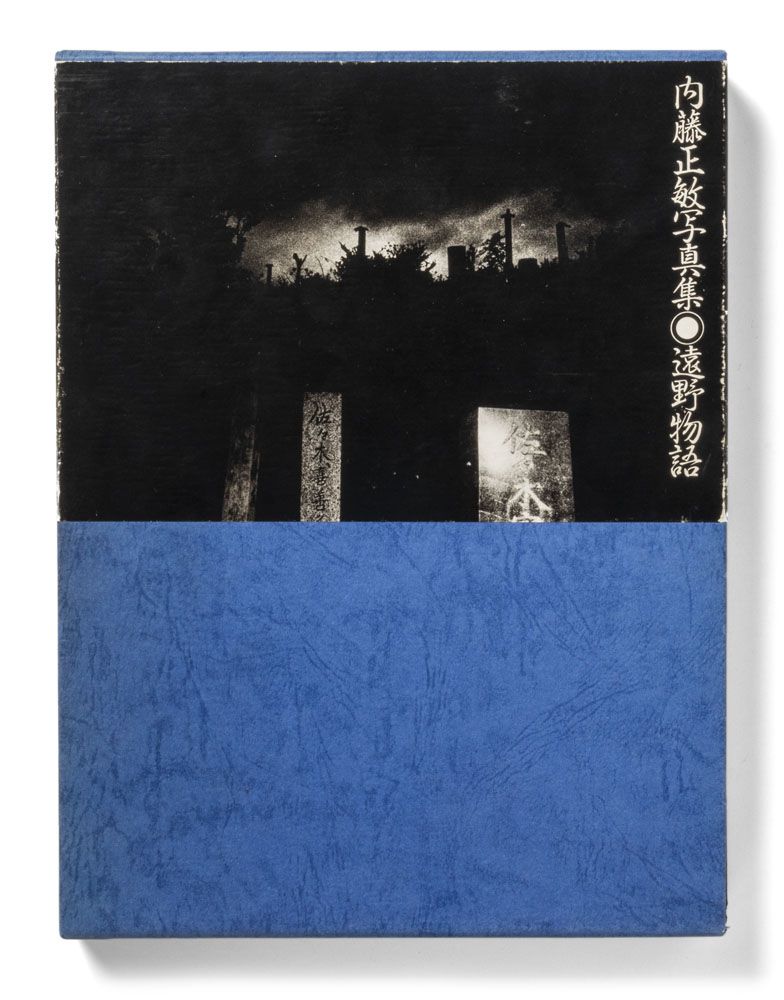 A certain fisherman at Funakoshi was on his way back from Kirikiri with his companions one day. Late at night, as they were passing by the area of the Forty-Eight Hills, they came across a woman alone by a stream. The fisherman looked and realized that it was his wife. He figured that there was no reason for her coming to this area alone in the middle of the night and decided that it had to be a ghost creature of some kind. At once, he took out the knife that he used to clean fish and stabbed her from behind.

Haunting stories like this have influenced Japanese photographers. In 1976, Daidō Moriyama published a book with the same name as Yanagita’s. But my favorite is Masatoshi Naito’s 1983 book, also with the same title. Naito was a trained scientist whose interest in folklore led him to photography. His Tono Monogatari is comprised of the three sections. The first, images of living people and places, will be most interesting to photographers. But the second and third chapters, devoted to the the dead and to gods respectively, will be of more interest to folklorists. 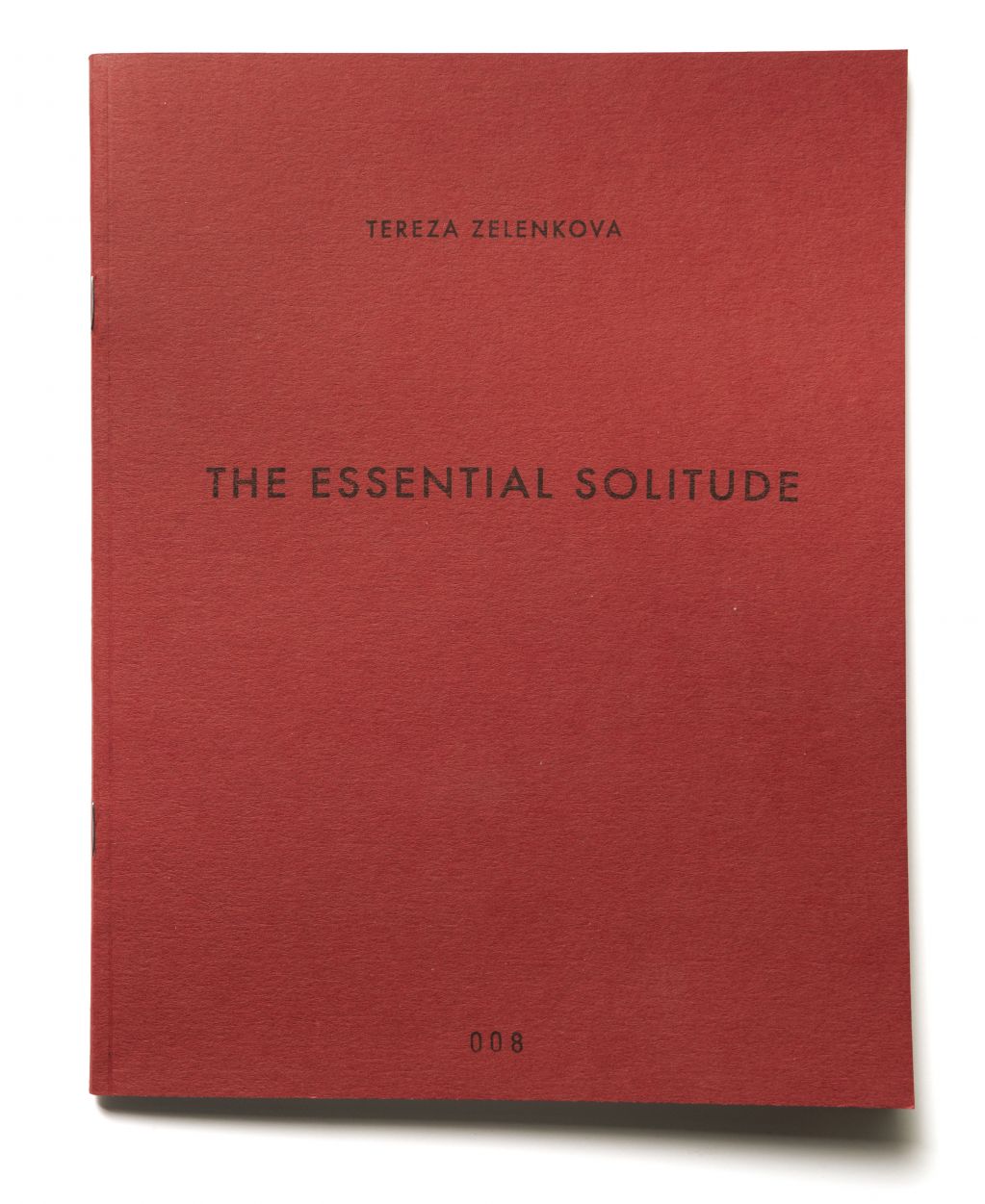 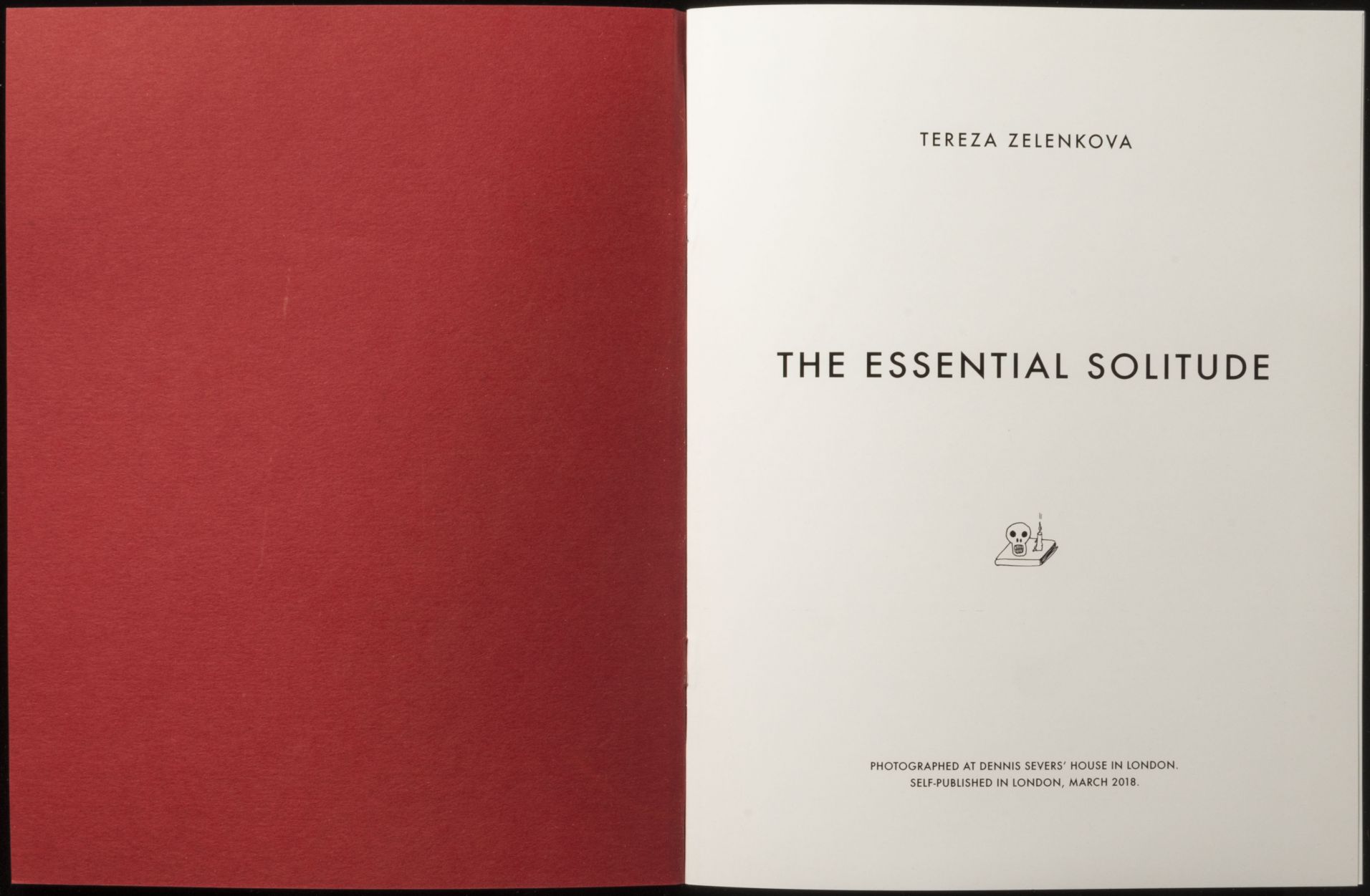 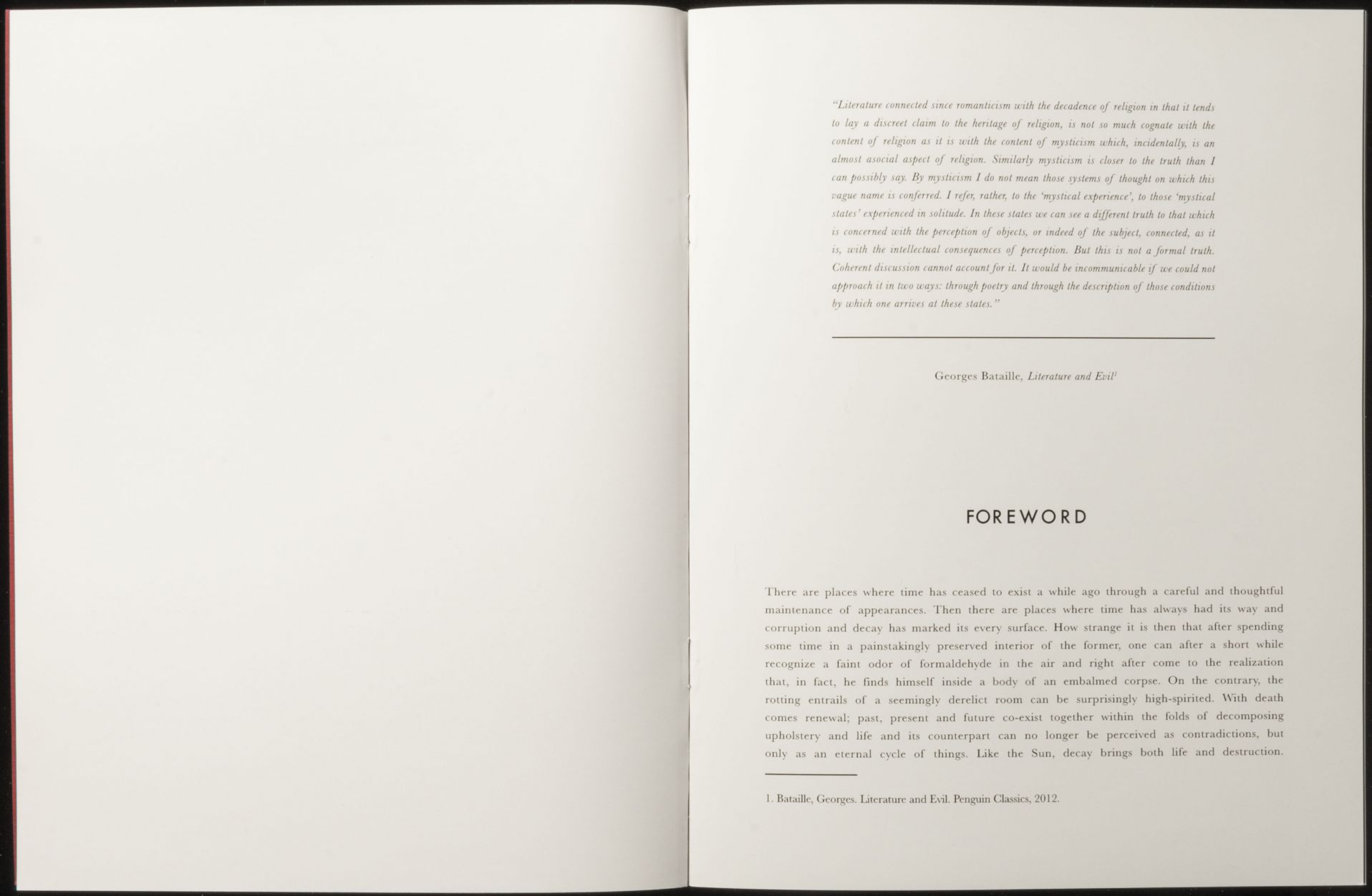 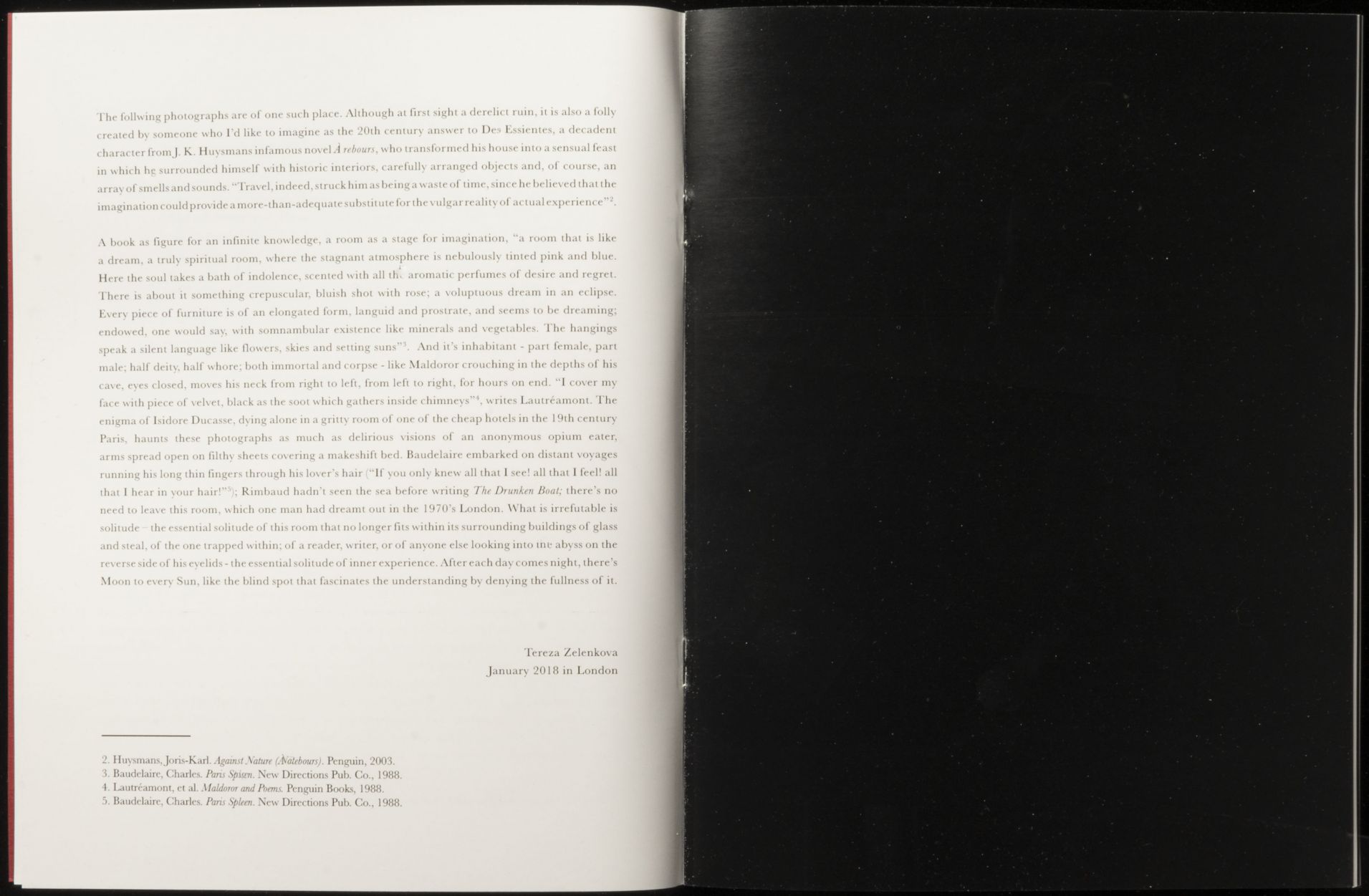 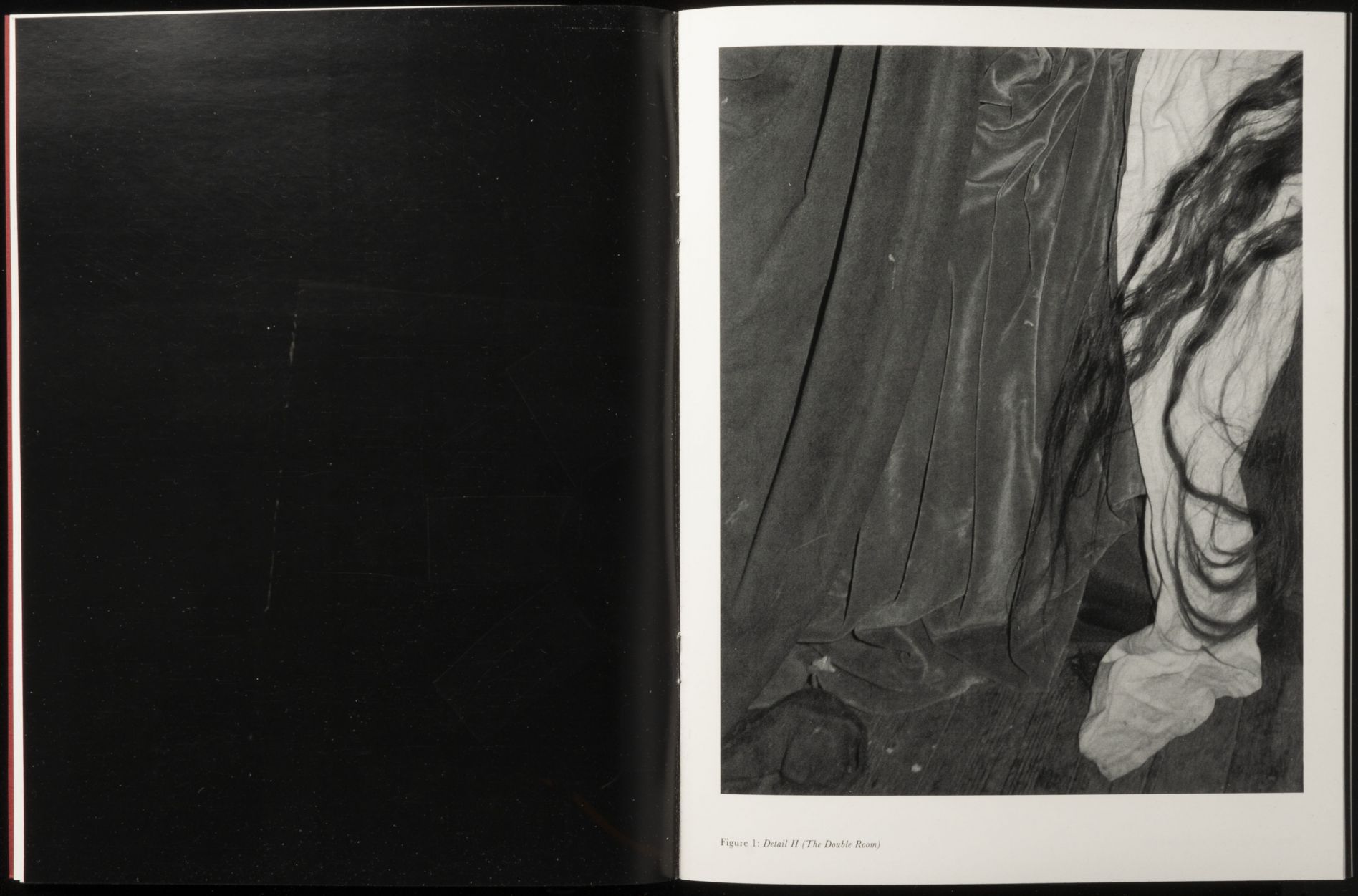 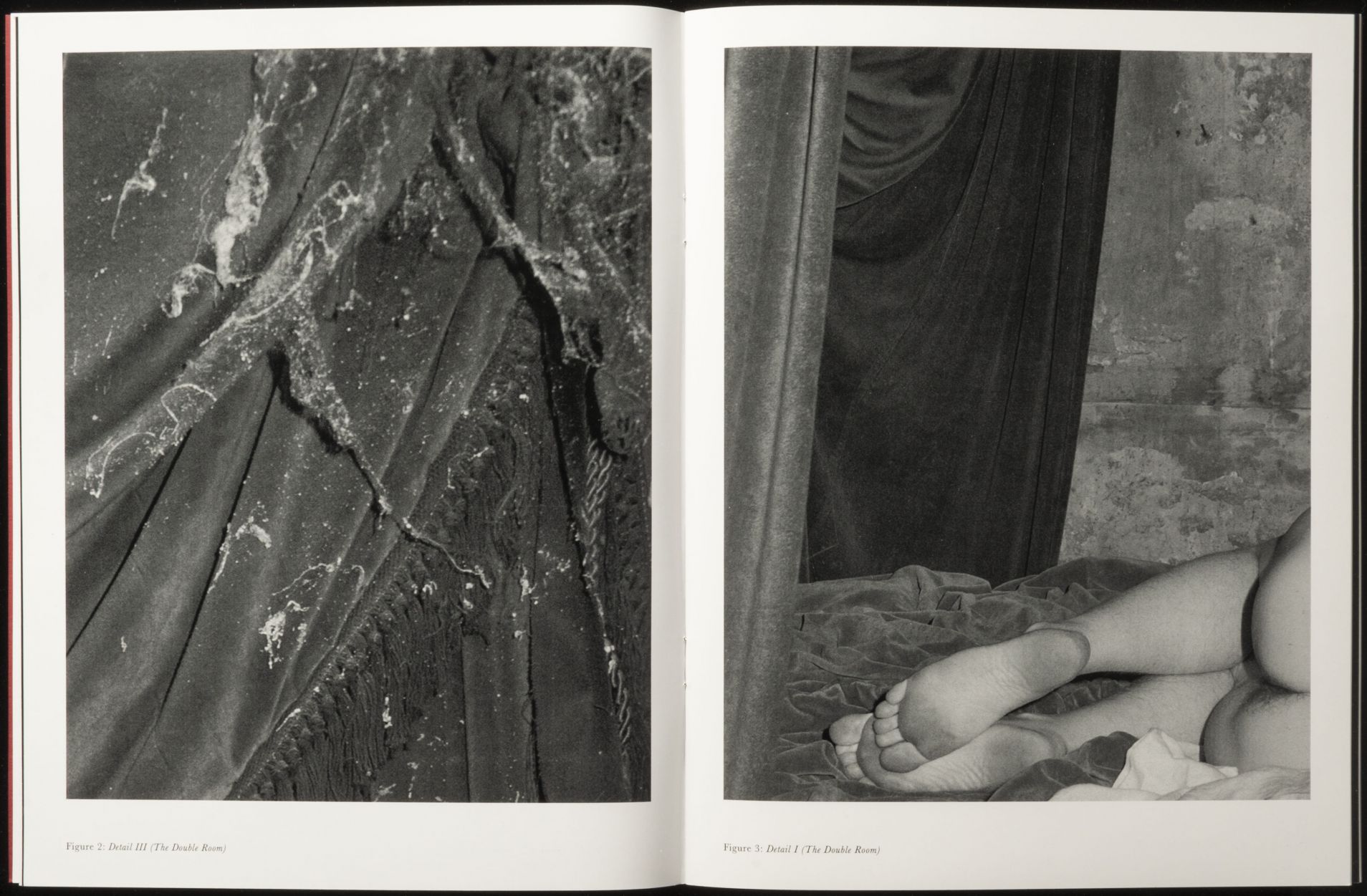 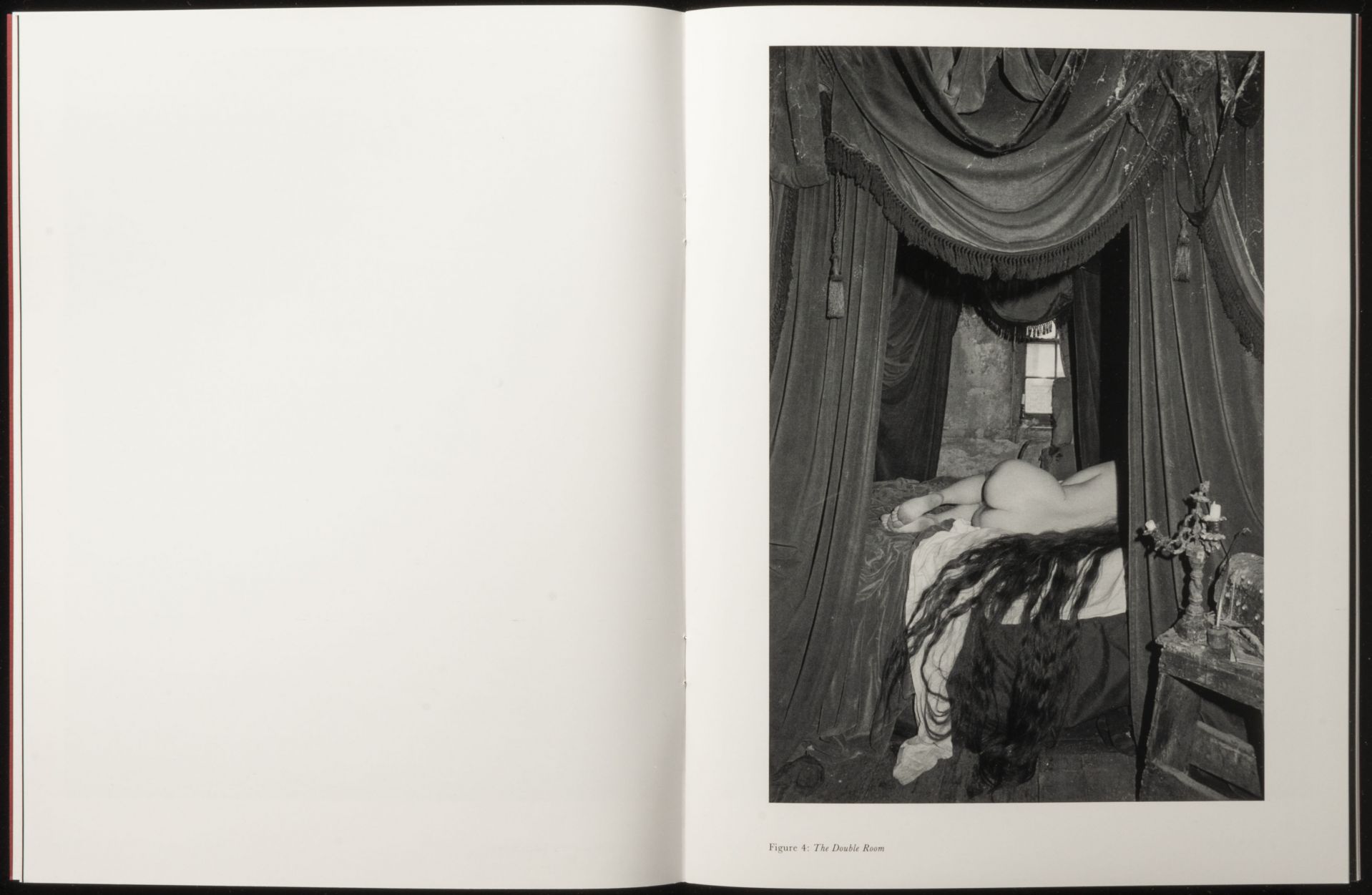 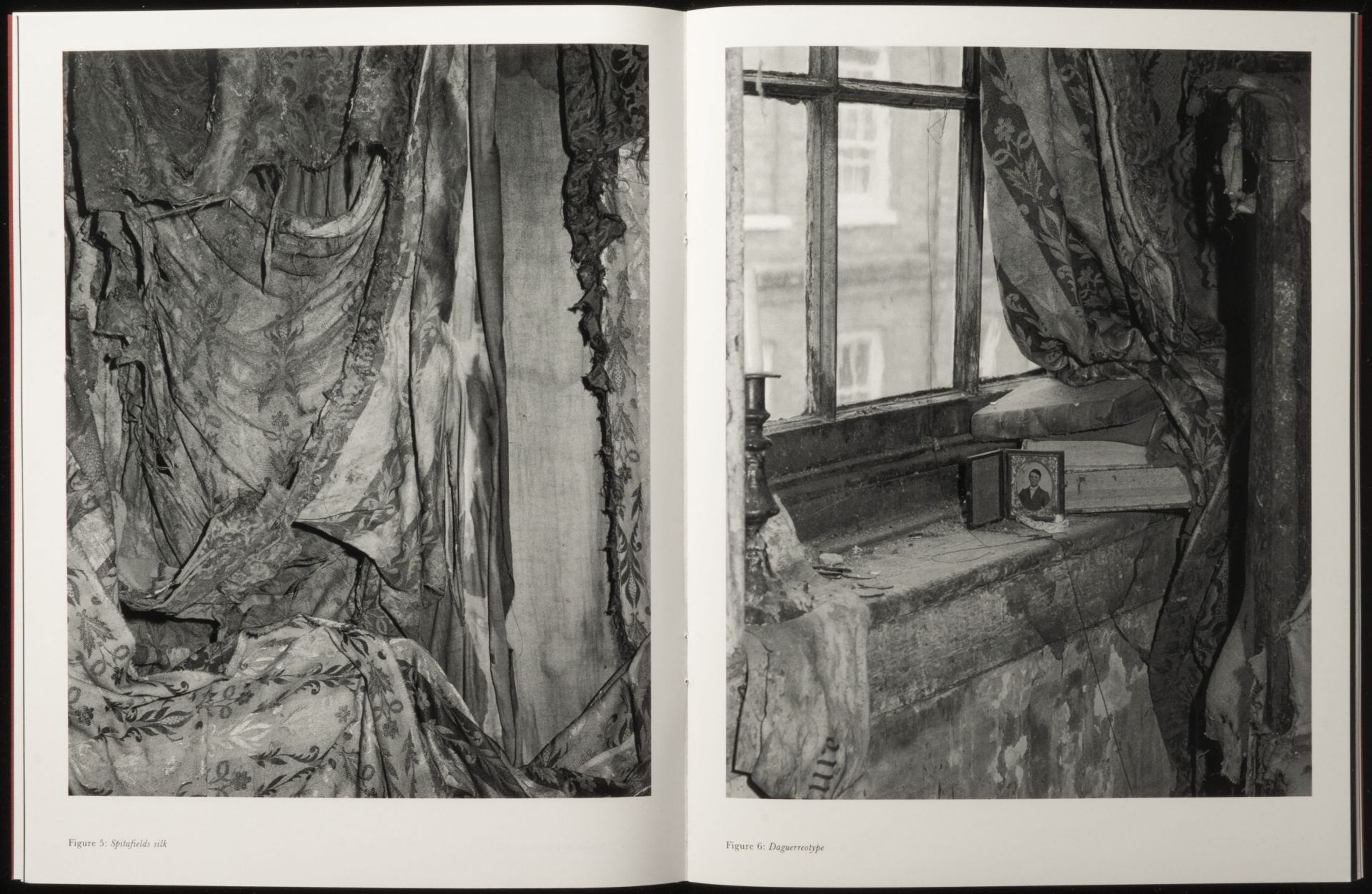 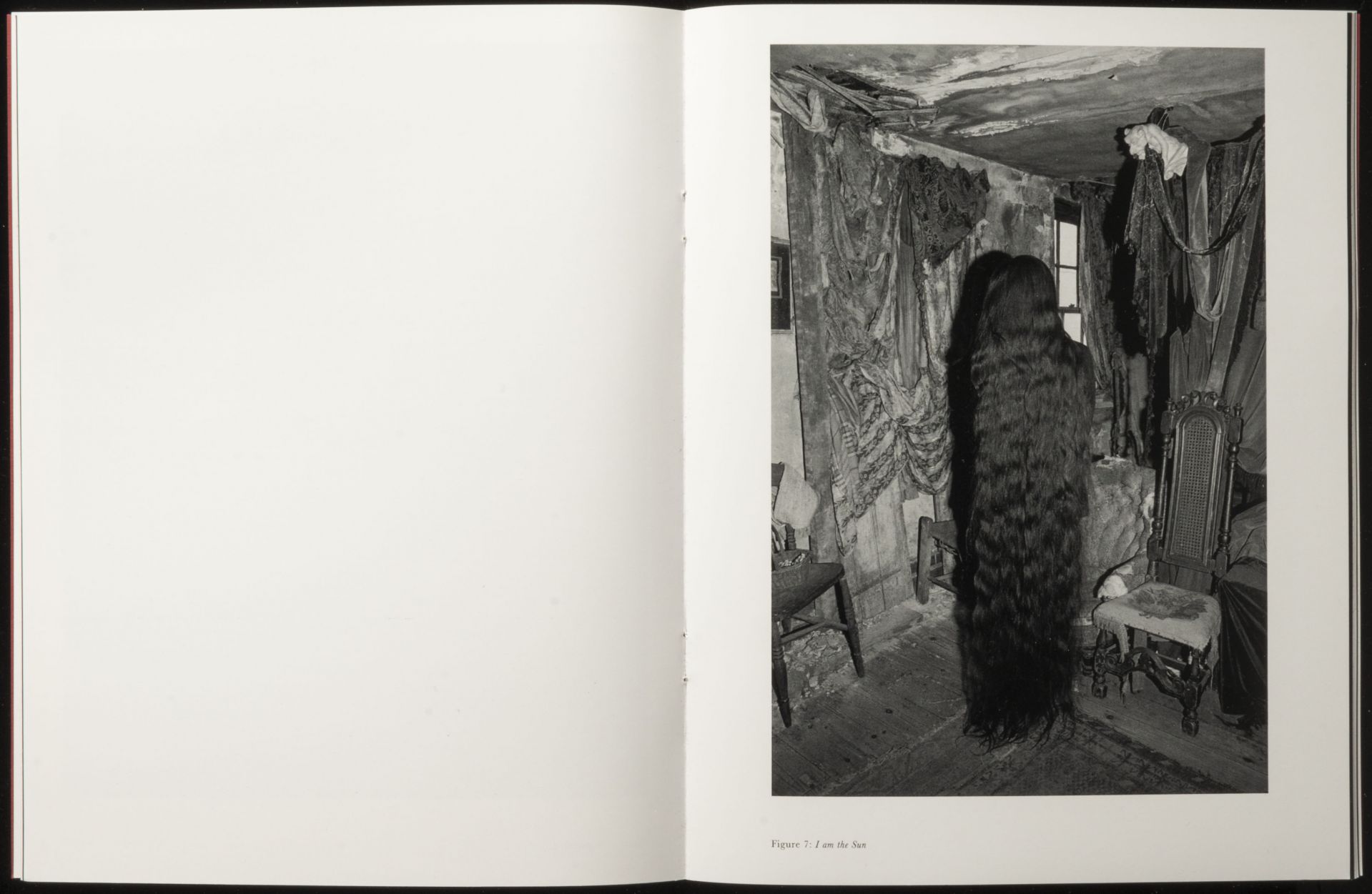 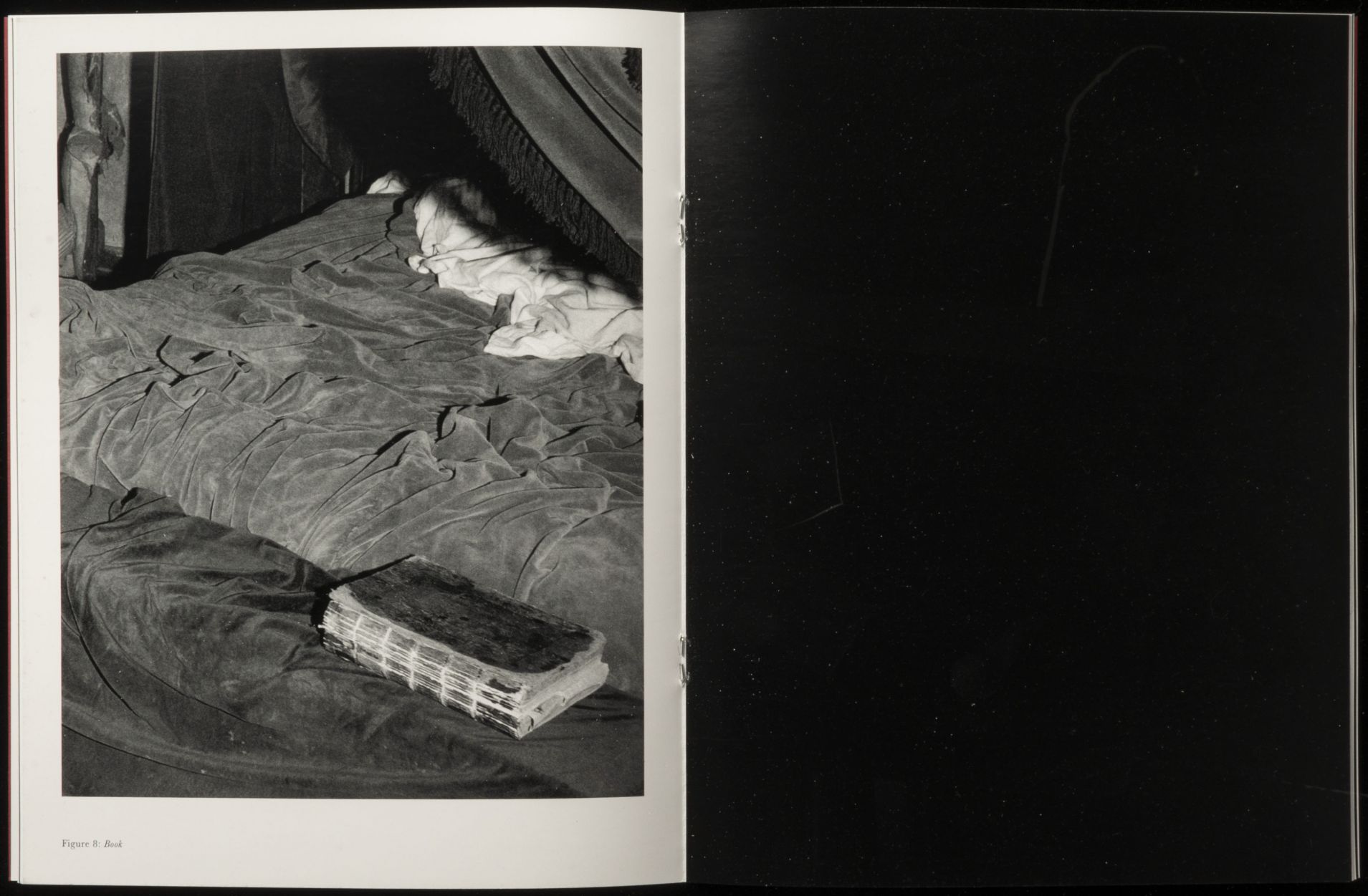 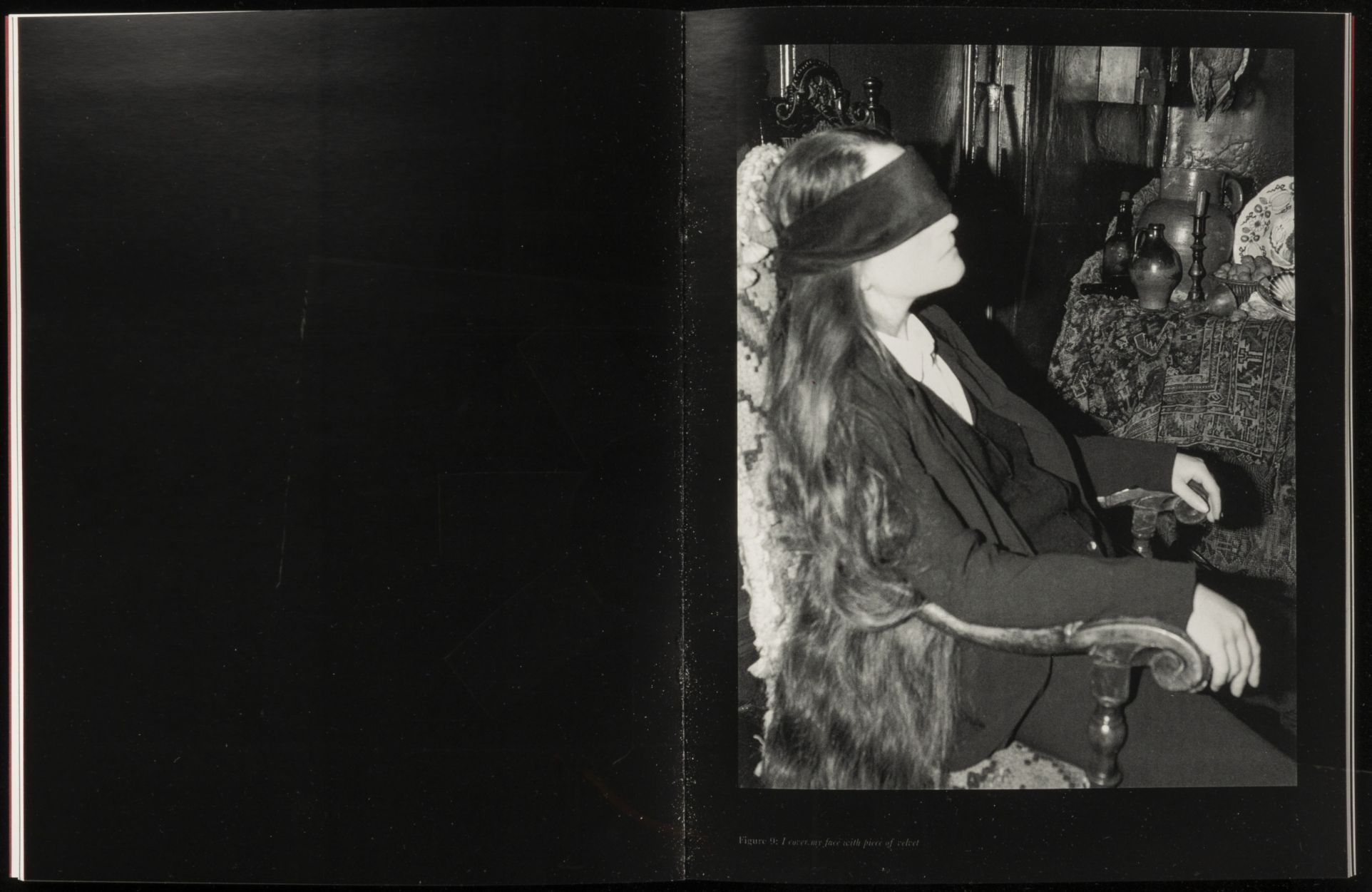 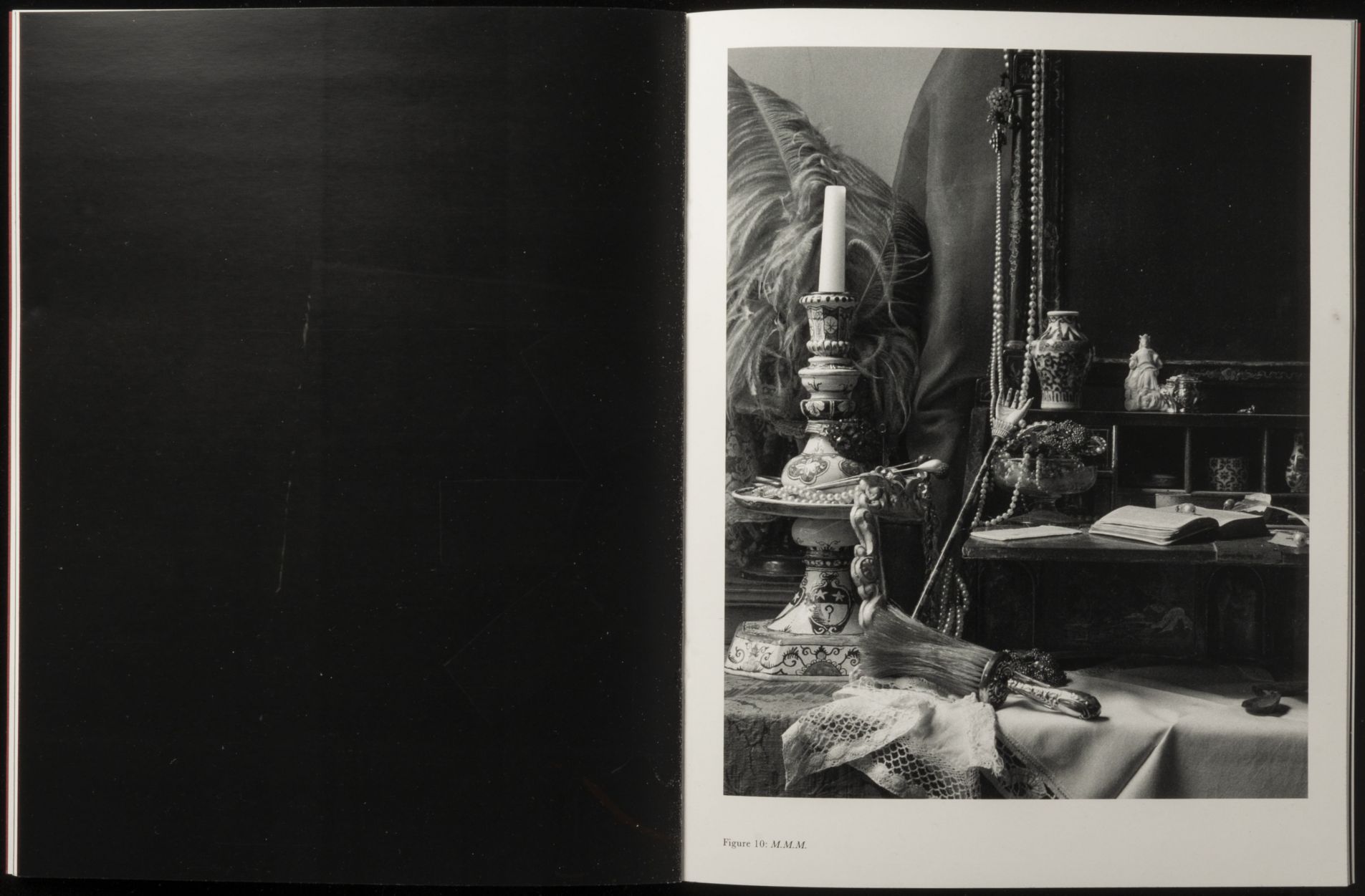 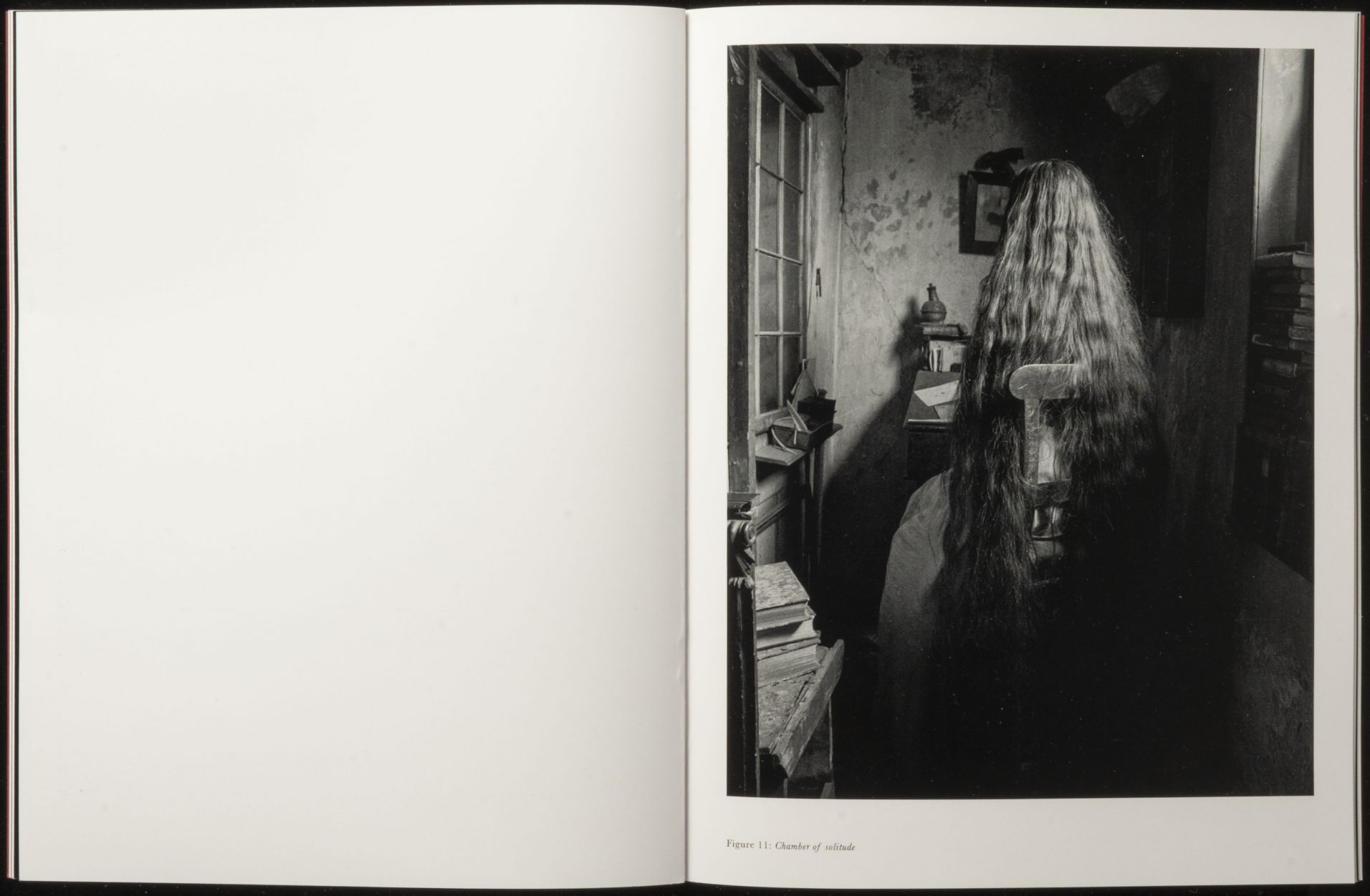 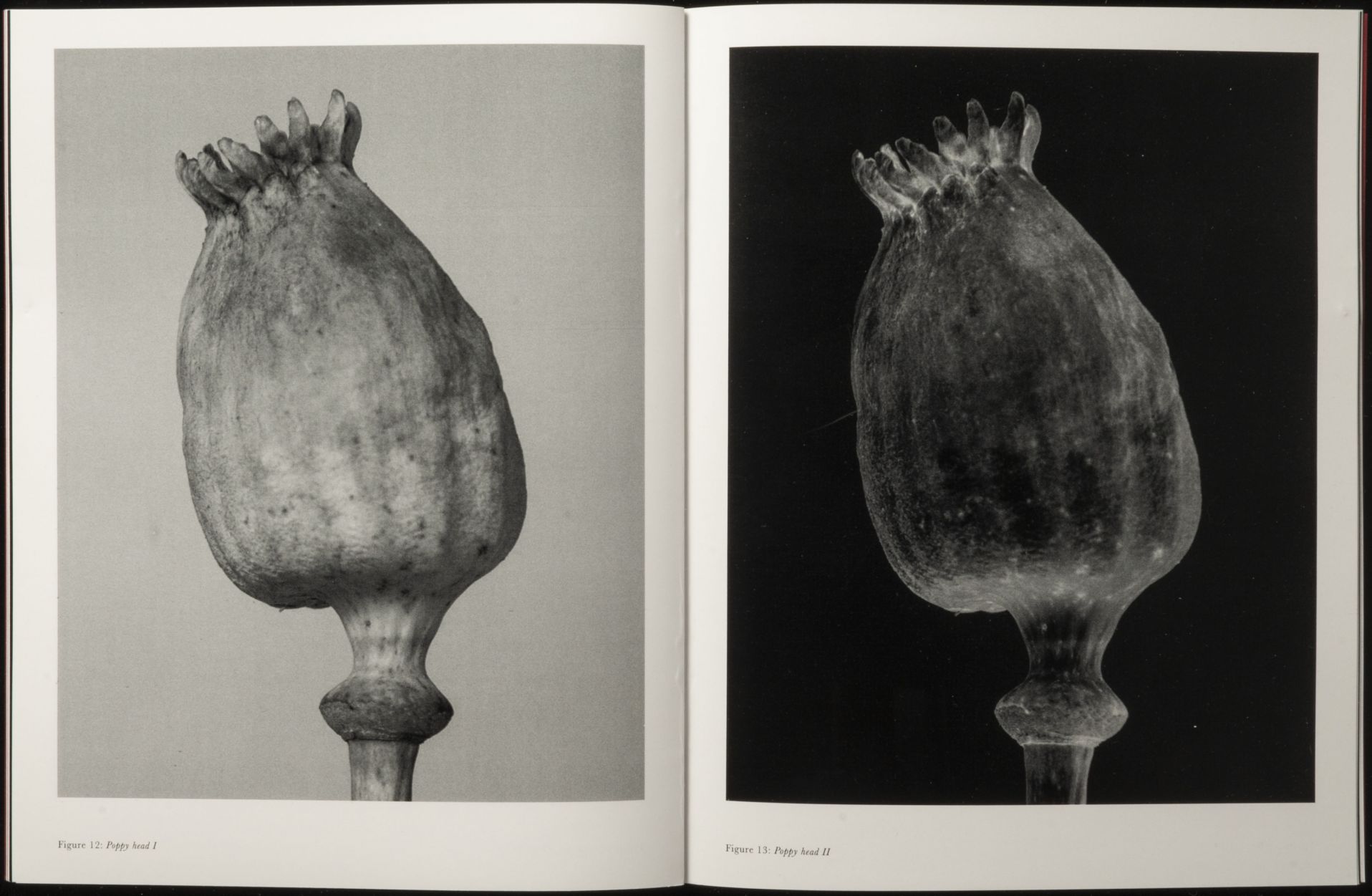 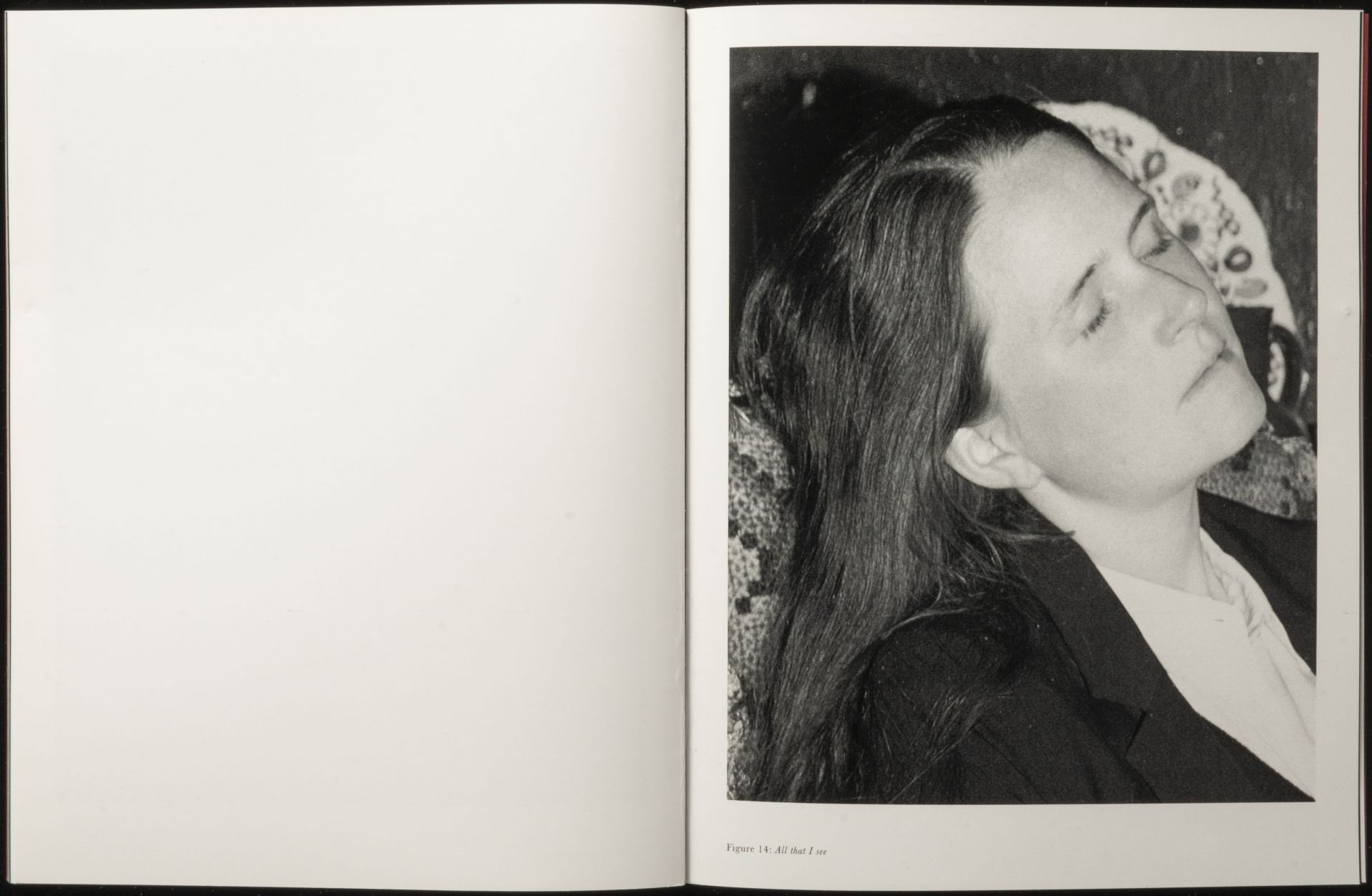 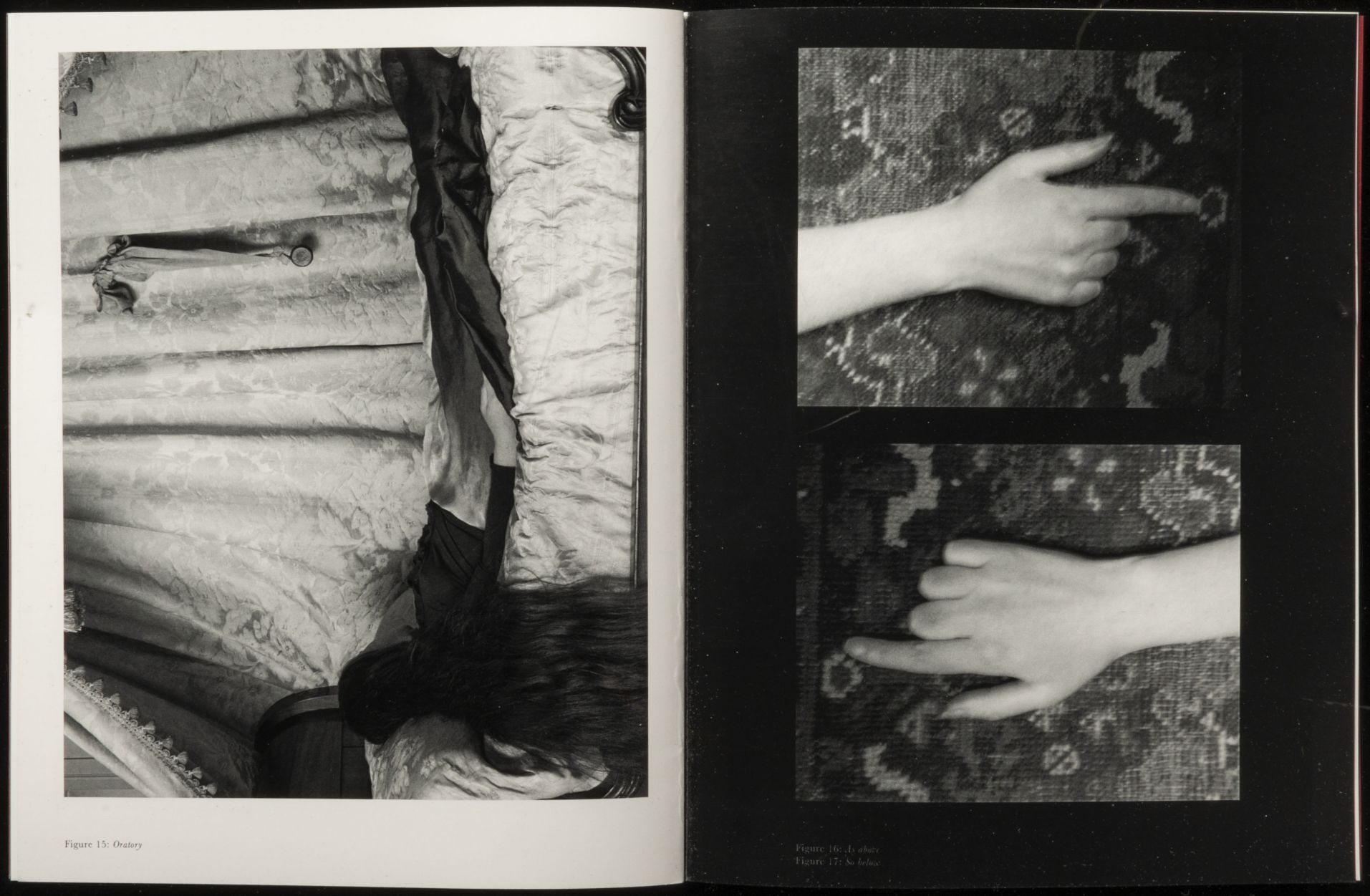 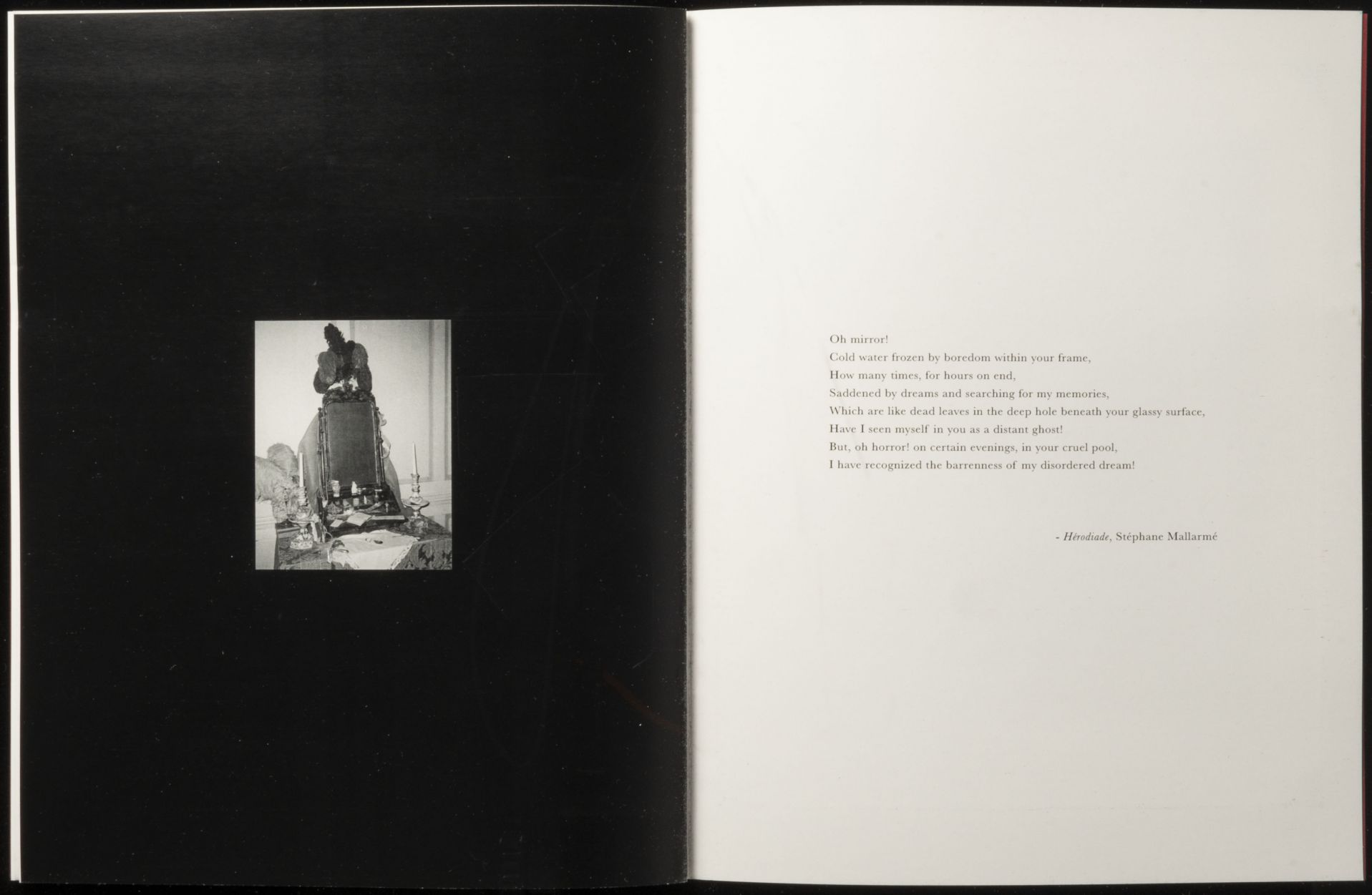 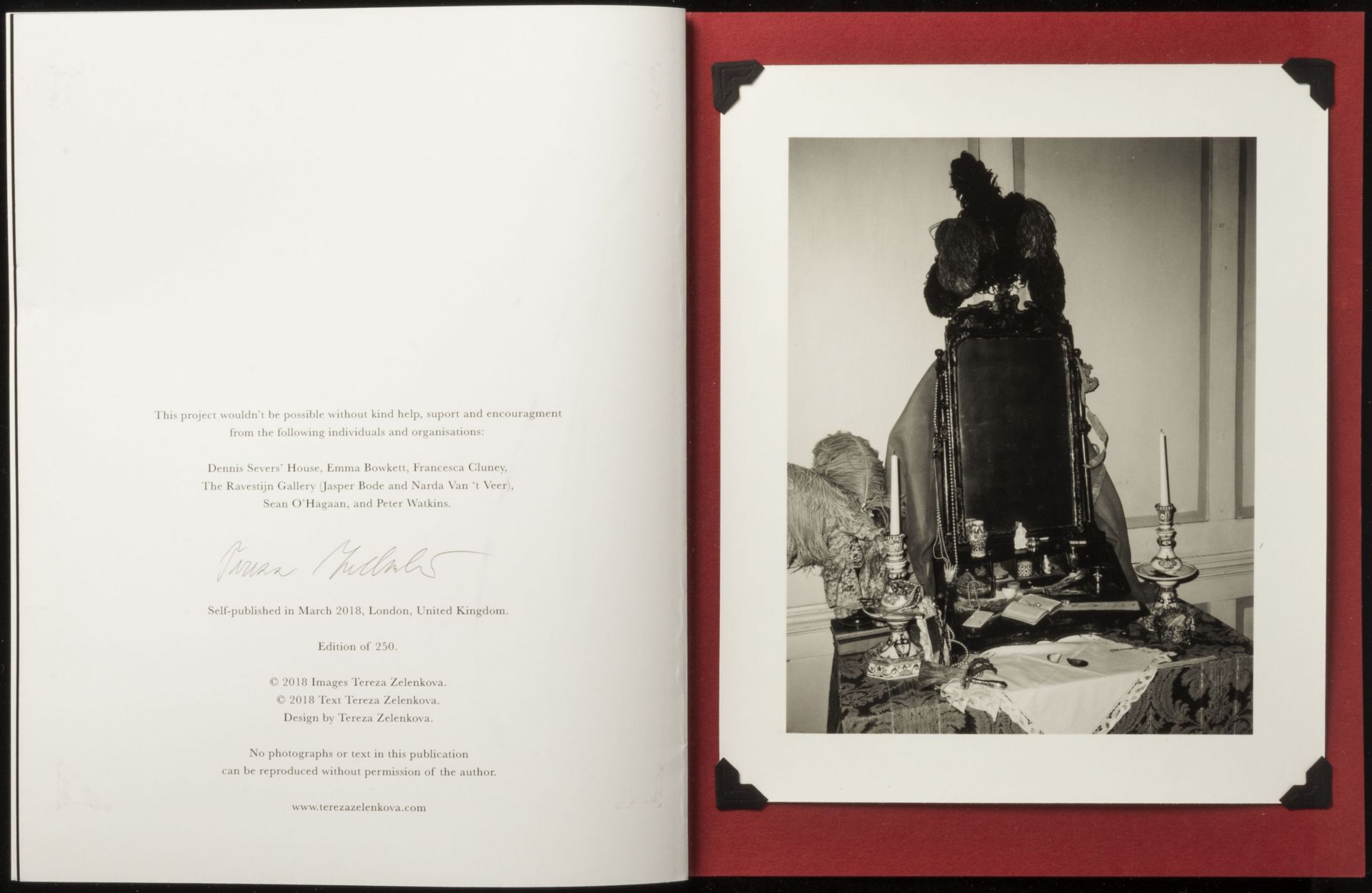 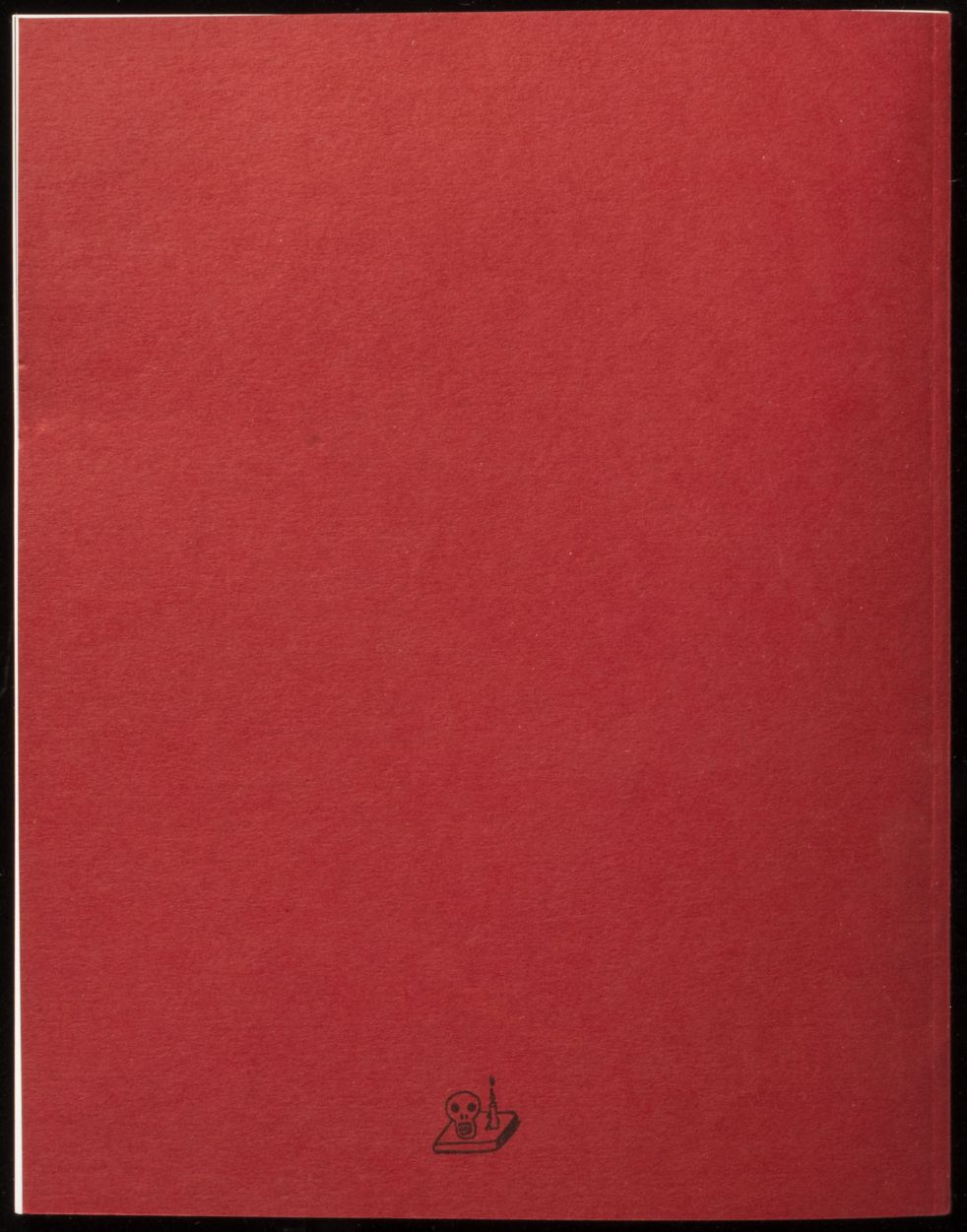 Photography is an act of seeing. The lens is a window unto the world and film or pixels are a way of preserving what’s seen. But the reptilian brain of photography is the dark chamber in between. My favorite photographers take me into this room and allow me to furnish it not only with their description but also with my imagination.

In the T Magazine story on Shannon Taggart cited by Rebecca Bengal above, Taggart talks about how Diane Arbus functioned this way for her. “I felt Arbus viscerally thinking in her pictures,” she says. “Her work made me see that photography is a place where you can project interior thoughts. I realized it’s about psychological space.”

A contemporary photographer whose work takes me into this magical interior space is Tereza Zelenkova. I was recently able to get my hands on a rare copy of Zelenkova’s self-published book, The Essential Solitude. What appears to be a modest soft-cover zine with only 18 plates has become one of my favorite recent books. Zelenkova opened up a room for my imagination.

Ethan: I saw Parasite at my favorite movie theatre last week. I had seen no preview nor read any review, so I went in assuming it might be some kind of post-apocalyptic obvious genre film. It’s not! Now I want to know less about things before I see them. 9/10

Molly: Rung in the new year last week with Vanderpump Rules (a reality tv series). I was hoping it would bring good luck for 2020… still unconfirmed. 8/10

Alec: I watched the Netflix series The Mind Explained (7/10). In the episode on anxiety the comic Maria Bamford was briefly interviewed. This prompted me to watch her anxiety producing/relieving Netflix special, Old Baby. (9/10)