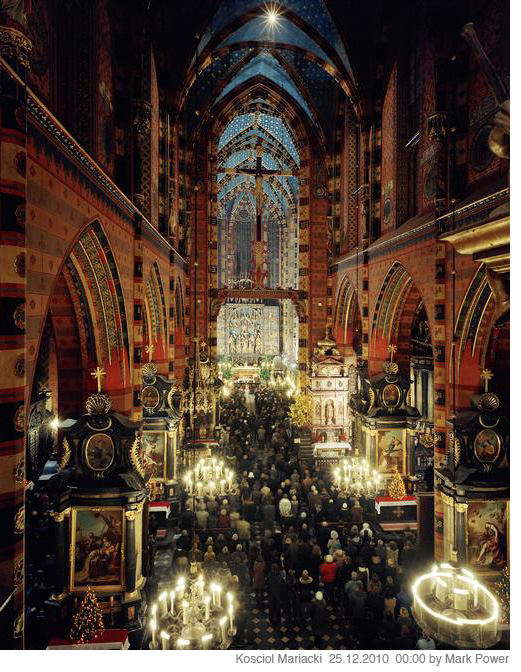 For reasons having nothing to do with religion, my six-year-old recently started attending a Catholic school. As we prepared for his first day, I was a little worried about his lack of knowledge about Christianity. Not only had he never been to church, I’m not sure we’d ever explained the whole Christ thing.

Weeks after he started school, Pope Benedict announced that he was stepping down. With all of the talk in the news of red shoes and black smoke, I was even more concerned. I felt like we’d moved our son to a foreign country and we didn’t speak the language.

Around this time a book arrived in the mail from Mark Power. Wrapped in rich purple cloth and titled MASS, the book functioned as a perfect primer for this new world.

Power’s book is striking in its simplicity and ingenious craftsmanship. Without introduction or afterword, Power presents 18 pictures of Catholic Church services in Krakow, Poland. Each image is presented as a large, exquisitely detailed fold-out of the congregation photographed from above. Preceding each lavish poster is a simple picture of the church’s humble collection slot. 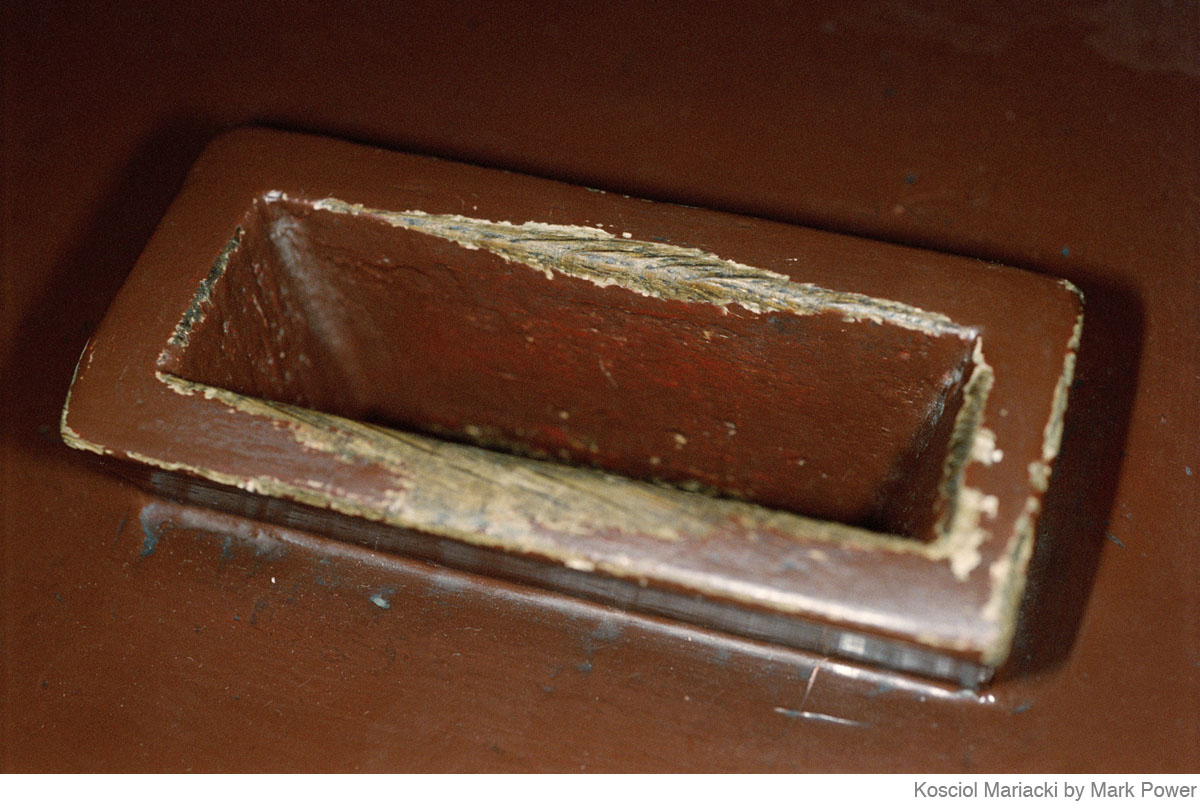 Yesterday, instead of going to church, my son and I looked at MASS together.

Who is that guy?

What do you know about him?

He wants people to be better persons.

How does he think they should do that?

Do you think he was rich or poor?

Then why was he so famous?

Why do you think?

Because he died on a pole.

Why do you think people did that to him?

And what were his ideas?

I already told you…being a better person and listening to each other.

But why would they kill him for that?

I don’t know. Maybe because he was poor?

Why do you think they have a church for him?

But you want to go to church, right?

Because we get to sing and talk and pray.

Do you know what these slots are for?

They are for money. Do you know why people put money in these slots?

So it doesn’t get stolen.

Right, but who do you think the money is for?

Behind its deceptively simple presentation, MASS celebrates the majestic allure of the church while also pointing to its most fundamental contradictions. But it is hardly an endictement. As Power says on his website “There is much debate in Poland about the power and wealth of the church, perhaps most specifically in Krakow, and this was something I wanted to investigate and allude to. But what started out as a tirade against Catholicism soon turned to envy, both for the palpable sense of community and for a belief that I saw, understood, but simply couldn’t reach.”

Buy Mark Power’s great book HERE. It is an edition of 750 and has already been a #1 seller on PhotoEye, so you might want to hurry.