Monday stares through the viewfinder, a black hood over his head. – from Littlefoot by Charles Wright 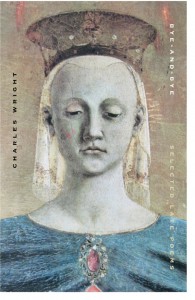 When Brad Zellar and I hit the road for The LBM Dispatch, we’re primarily looking for stories. Our most recent trip, Three Valleys, was no different. Both Silicon and San Joaquin Valley offered up countless leads. But Death Valley was something different. The land felt as stripped of story as it was of vegetation. This proved to be a significant challenge. Despite having produced several books with geographical titles, I’ve never considered myself a landscape photographer. More often than not, I just use geography to hang my metaphorical hat on.

While I was in Death Valley, I thought of different landscape artists that might be of assistance. The one that most prominently came to mind was Charles Wright. I wasn’t sure why. Wright’s poetry has nothing to do with the desert. He’s very much a Southerner (perhaps it was because I spent so much time on this trip with the excellent Southern photographer McNair Evans). At any rate, after leaving Death Valley, I went to City Lights in San Francisco and picked up Charles Wright’s recently published collection of late poems, Bye-and-Bye.

The book didn’t disappoint. Virtually every poem in Bye-and-Bye deals with nature and geography. But over and over again, this landscape reveals Wright’s search for spiritual meaning – something Death Valley also invariably evokes:

My ‘faith of the eye’ was tested more than once in Death Valley. After crossing one pass, I saw a giant lake gleaming in the distance. As we drove closer, I could see people the size of ants walking on its surface. Only when we pulled up to its edge could I decipher the illusion. The ‘lake’ was a bed of salt. Nonetheless, the scene looked like a Hollywood depiction of heaven. I tried to take pictures of this illusion, but the results were corny: 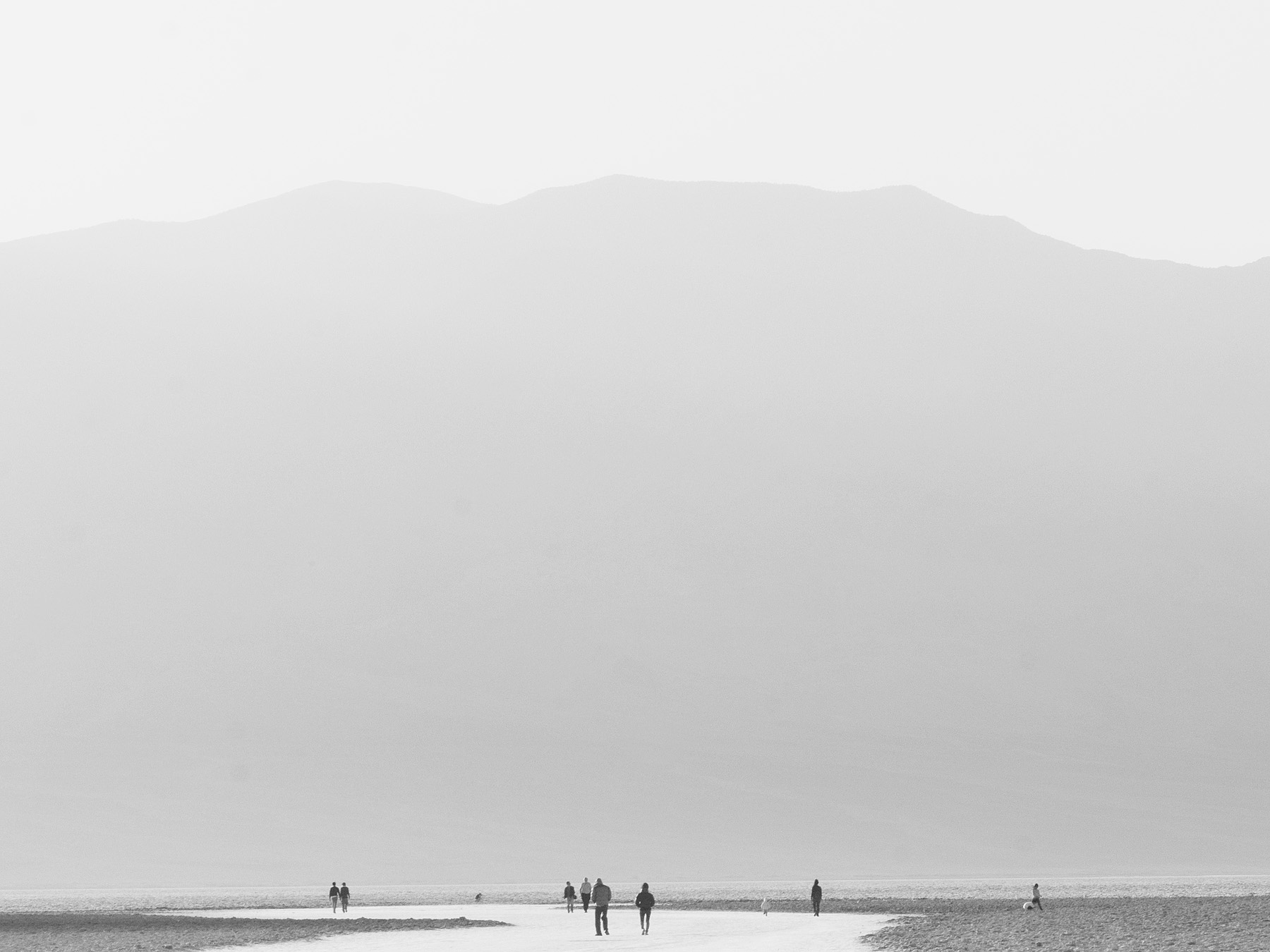 I guess this is why I was compelled to read Wright. He’s able to address the big issues behind our engagement with landscape in a way that feels honest, humble and real:

Why, It’s Pretty as a Picture

A shallow thinker, I’m tuned
to the music of things,
The conversations of birds in the dusk-damaged trees,
The just-cut grass in its chalky moans,
The disputations of dogs, night traffic, I’m all ears
To all this and half again.

And so I like it out here,
Late spring, off-colors but firming up, at ease among half things.
At ease because there’s no overwhelming design
I’m sad heir to,
At ease because the dark music of what surrounds me
Plays to my misconceptions, and pricks me, and plays on.

It is a kind of believing without belief that we believe in,
This landscape that goes
no deeper than the eye, and poises like
A postcard in front of us
As though we’d settled it there, just so,
Halfway between the mind’s eye and the mind, just halfway.

And yet we tend to think of it otherwise. Tonight,
For instance, the wind and the mountains and half-moon talk
Of unfamiliar things in a low familiar voice,
As though their words, however small, were putting the world in place.
And they are, they are,
the place inside the place inside the place.
The postcard’s just how we see it, and not how it is.
Behind the eye’s the other eye,
and the other ear.
The moonlight whispers in it, the mountains imprint upon it,
Our eyelids close over it,
Dawn and the sunset radiate from it like Eden.

What gave me the most pleasure reading Wright was less his description of landscape than his ability to use landscape as a vehicle for exploration. Fundamentally, this exploration is literary. But for Wright, literary exploration creeps right up to the edge of spiritual epiphany. It gives Wright something to believe in.

Whenever I start feeling bad about my skills as a landscape photographer, I’m going to reread Wright and this perfect little battle cry:

The Minor Art of Self-Defense

Landscape was never a subject matter, it was a technique,
A method of measure,
a scaffold for structuring.
I stole its silences, I stepped to its hue and cry.

Language was always the subject matter, the idea of God
The ghost that over my little world
Hovered, my mouthpiece for meaning,
my claw and bright beak…